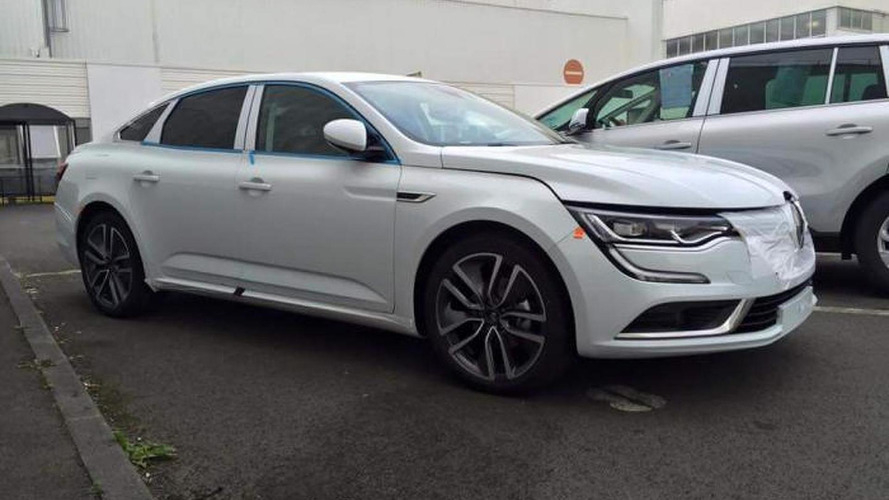 Today we bring a batch of live images from Douai, France with Renault's brand new mid-size contender, the Talisman.

Today we bring a batch of live images from Douai, France with Renault's brand new mid-size contender, the Talisman.

It is an important model in the lineup as it replaces not only the Laguna, but also the Latitude and as you can see it's vastly different than the two extinct model which were long overdue. Notable exterior features include full LED headlights and those unique C-shaped daytime running lights while the rear end hosts an interesting pair of taillights, a pronounced trunk lid and a pair of slender exhaust tips that have a shiny chrome finish.

Renault's D-segment model offers a massive 608-liter trunk with the rear seats up and if you need more, there's a wagon version on the way which will probably up the ante to somewhere around 640-650 liters, being bested only by the huge Skoda Superb Combi (660 liters). We remind you Renault contacted Daimler and asked them to verify the car's quality control process, so it should turn out to be a well-built model which has to face some fierce competition coming not only from the Superb, but also the Ford Mondeo and the Volkswagen Passat while a new Opel Insignia inches closer.

Special thanks go to Simon for the tip and WCF user Abel1969 for allowing us to use the images!