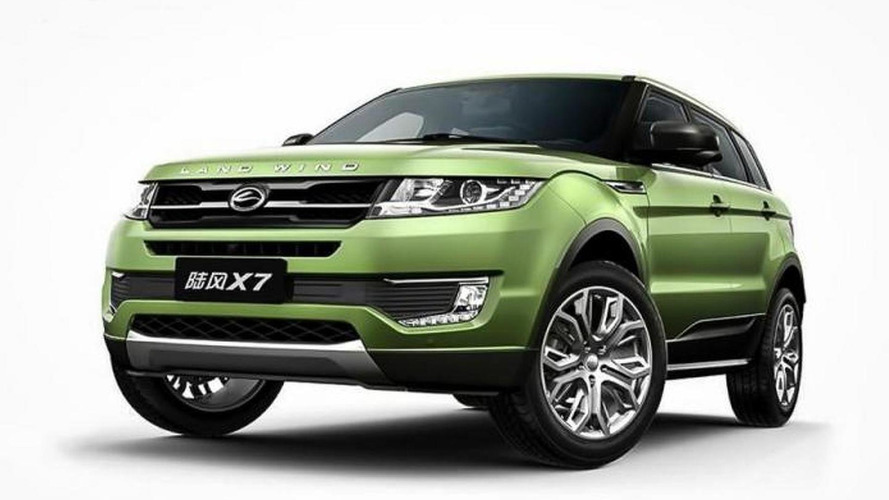 Land Rover wasn't too happy when Landwind unveiled the X7 last year in China and initially they wanted to sue them for blatantly copying the Range Rover Evoque's design, but in the end decided not to press any charges due to the rudimentary laws in China concerning intellectual property. The X7 will effectively go on sale next month and now Landwind has published a batch of pictures with the production-ready crossover which is more than three times cheaper than the Evoque, so there's really no competition between the two.

We have admit it's one of the best executed ripoffs from China but it's still very sad to see that in this day and age some so-called designers come to the office and all they do is apply the copy & paste technique and call it a day.

Power is provided by a Mitsubishi-derived four-cylinder, 2.0-liter turbocharged gasoline engine borrowed developing 190 bhp (142 kW) and 250 Nm (184 lb-ft) of torque channeled to a standard FWD or an optional AWD layout through either a 6-speed manual or an 8-speed automatic.