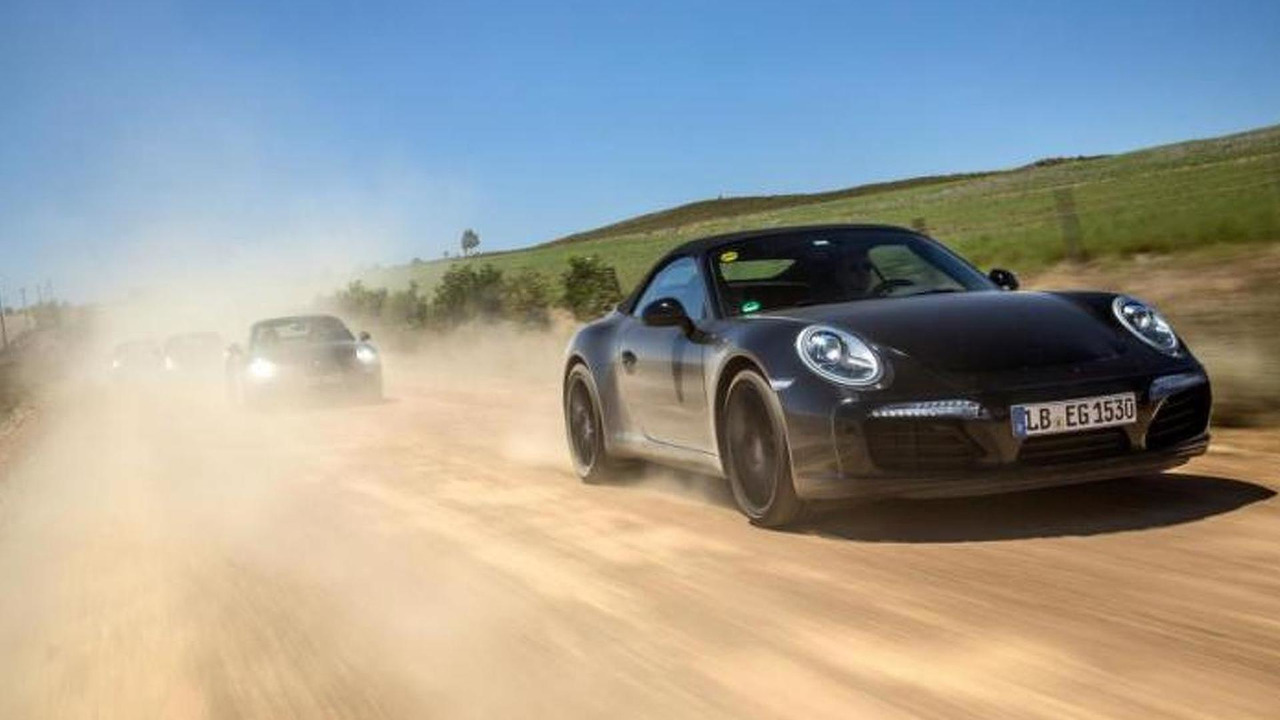 Porsche has released a batch of images with lightly disguised 911 facelift prototypes testing in South Africa.

Porsche has released a batch of images with lightly disguised 911 facelift prototypes testing in South Africa.

Technical specifications remain undisclosed at this point, but at least we get a better look at the changes the 991.2 model will bring to the game. We won't blame if you believe most of the cosmetic tweaks are hard to spot as in typical 911 style the revisions are extremely subtle, up to the point they're almost impossible to spot.

We do notice the headlights and taillights have different graphics and the LED daytime running lights appear to be slimmer. Both front and rear bumpers are going through a nip & tuck while the most obvious change is the engine vent which now has vertical slats. The exhaust system is also new as the tips are closer to one another and the front air vents now have three horizontal fins.

Stepping inside the cabin, not much has changed but it's important to mention the right-hand side mounted driving mode selector in the same vein as the one in the 918 Spyder and it seems the display for the infotainment system is a tad bigger.

Porsche hasn't said a word about what will power the facelifted 911, but the latest gossip indicates the Carrera will have a 2.7-liter turbo-six with 407 PS (300 kW). The hotter Carrera S is set to employ a bigger 3.4-liter, also turbocharged.

A public debut is set for mid-September at the Frankfurt Motor Show, but we expect a full online reveal sometime next month.