Aston Martin DB11 spied stretching out on the Nordschleife [video] 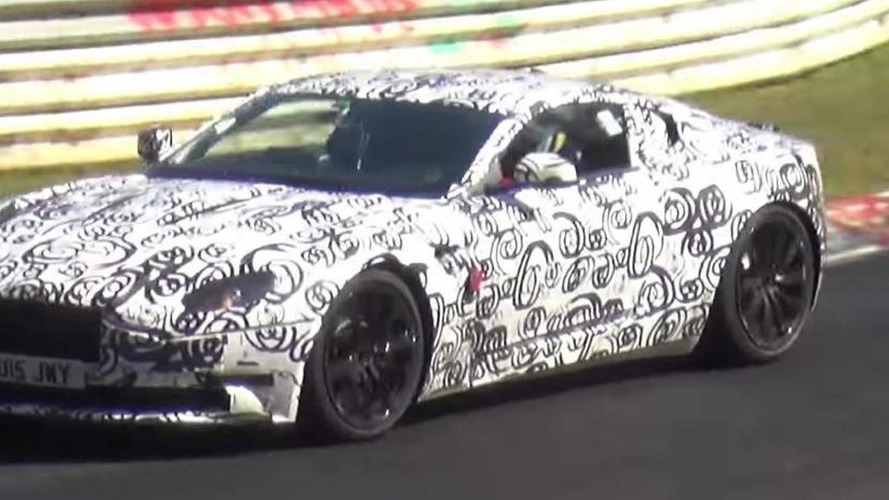 A prototype of the Aston Martin DB11 packed with camouflage was caught on camera testing on the Nordschleife.

A prototype of the Aston Martin DB11 packed with camouflage was caught on camera testing on the Nordschleife.

Aston Martin is apparently skipping a number in the DB's family tree as the "DB9" is expected to be replaced by a "DB11" since AM wants to show the new car will be greatly different than its predecessor. They have actually done this before with the "DB7" which was succeeded by the "DB9", but the reason for that is because Aston Martin was afraid using "DB8" would make customers think the car had a V8 engine which wasn't the case as the DB9 was launched with a mighty V12. The "DB10" moniker will still be used, but only for the one-off car in the upcoming James Bond movie SPECTRE.

Getting back to the DB11 at hand, it's expected to ride on a newly developed platform using more aluminum so it should be a lot lighter than the DB9 which weighs 1,785 kg (3,935 lbs). One of the engines set to be offered is a twin-turbo V12 and it will likely get the Mercedes-AMG GT's twin-turbo V8 4.0-liter as well later on during the life cycle. The lighter platform, a Mercedes-Benz-sourced 9-speed automatic gearbox and more efficient engines are believed to cut fuel consumption and emissions by as much as 20%.

A concept previewing the Aston Martin DB11 will likely be unveiled in the first half of 2016, with the production version arriving late the same year or early 2017.