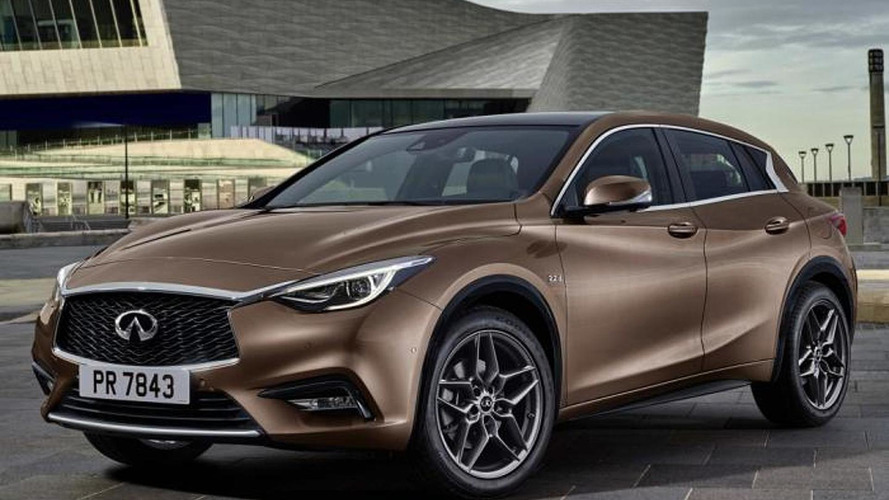 Update: Infiniti has released an official information about the vehicle, confirming its global premiere for the 2015 Frankfurt Motor Show. Check out the press release section below for further details.

This is it – the first official picture of the Infiniti Q30 has emerged prior to official debut at the Frankfurt Motor Show later this year.

Following a teaser image, depicting a camouflaged prototype of the Q30, now we have a clear view at the premium hatch. It was previewed by a nearly-production concept during the 2013 Frankfurt Motor Show and the final version is expected at the same event this year.

From what we see here, the production vehicle differs from the study with its front bumper that now features fog lamps instead of chrome trim and with the reshaped lower grille. Gone are the futuristic door handles that have been replaced by more conventional ones.

The Q30 will be produced at Nissan’s Sunderland factory, where the QX30 crossover will also be manufactured.