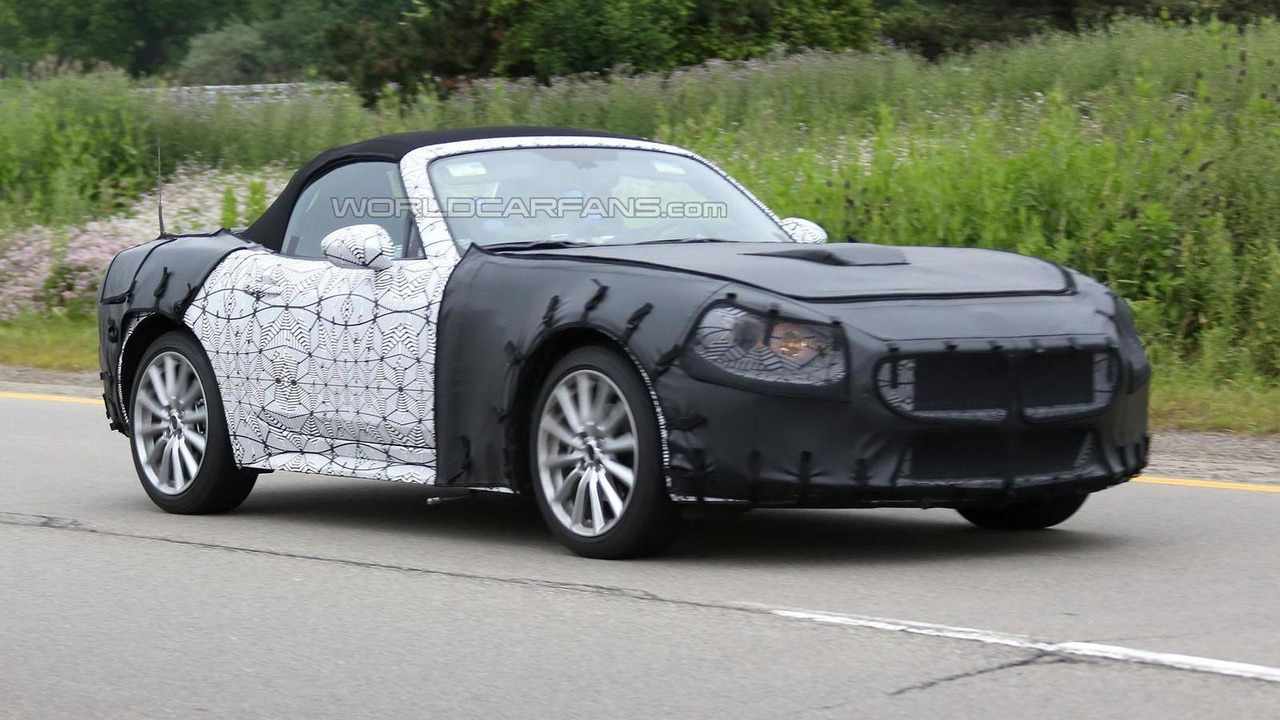 Fiat has announced the rejuvenated 124 Spider will spawn an “extreme” Abarth variant.

Fiat has announced the rejuvenated 124 Spider will spawn an "extreme" Abarth variant.

Last week we found out the new Fiat 124 Spider will look "very masculine" and not "delicate" while now Fiat Chrysler Group's chief operating officer Alfredo Altavilla tells us it will be a "comfortable" model in standard guise whereas the Abarth version is going to be more "extreme." As a consequence, expect a more aggressive body, stiffer suspension, beefier brakes and other similar hardware tweaks you would expect from a more performance-oriented model.

There's no official word right now regarding what will power the Abarth 124 Spider, but our money is on a detuned version of the four-cylinder, 1.75-liter TBi engine from the Alfa Romeo 4C detuned to somewhere in the region of 200 PS (147 kW) which combined with a very low curb weight should enable some great performances. We estimate it will be a featherweight contender because the latest manual Mazda MX-5 in European specific weighs around 1,000 kg and has a 50:50 weight distribution which hopefully will be maintained on the Fiat version.

The Fiat 124 Spider will likely be unveiled in November at the Los Angeles Auto Show whereas the Abarth version is expected in the second half of 2016 when a revised Abarth 500 is expected to come out along with a new mysterious model.