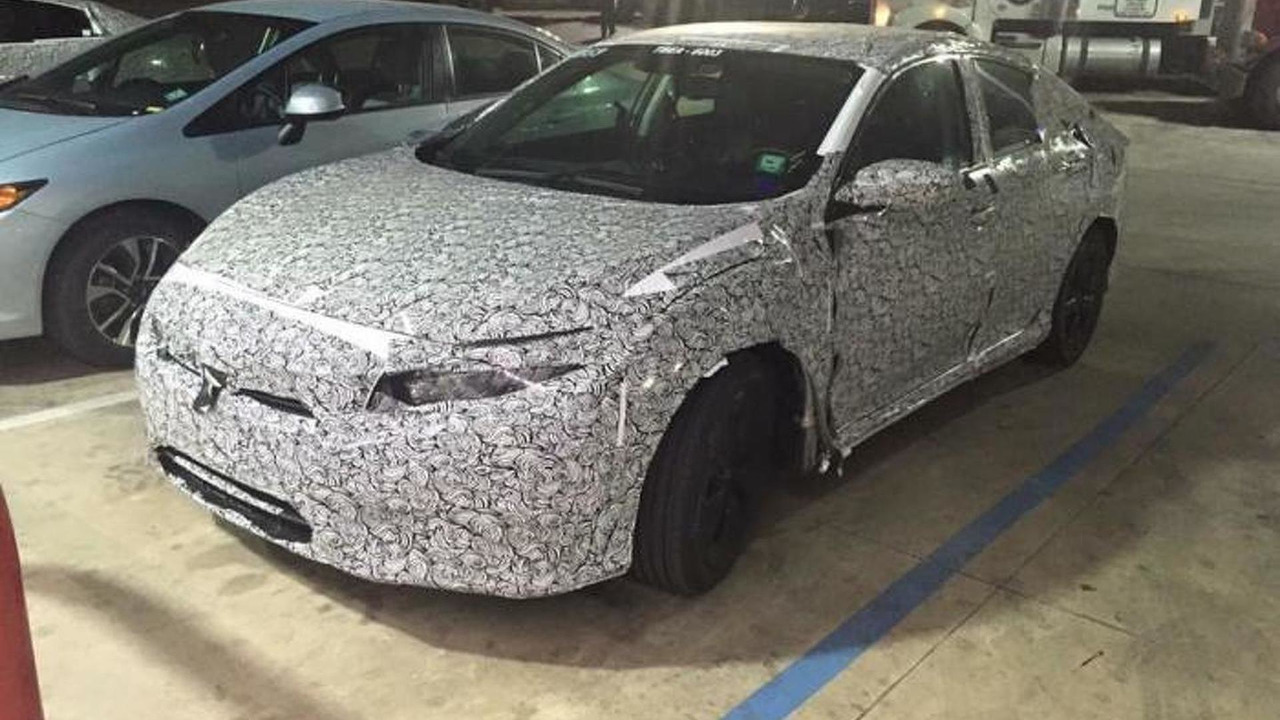 A member of the CivicX forum has uploaded spy photos of the next generation Honda Civic.

Seen here is a fully camouflaged test prototype of the new Civic wearing its production body, spotted at a gas station somewhere in Texas. The only thing that can be confirmed at this very early test phase is that the vehicle will feature LED boomerang-shaped taillights and will be bigger than its predecessor with shorter overhangs and sitting lower to the ground.

In April we shared patent renderings of the tenth generation Civic, which showed the model will come with a more upscale design with muscular side profile and sweptback headlights. At launch most likely there will be a coupe and a sedan version, both heavily inspired by the Civic Concept from the 2015 New York Auto Show.

As far as we know, the 2016 Civic will be getting a 1.5-liter turbo petrol engine, mated to either a six-speed manual gearbox or a newly developed CVT.