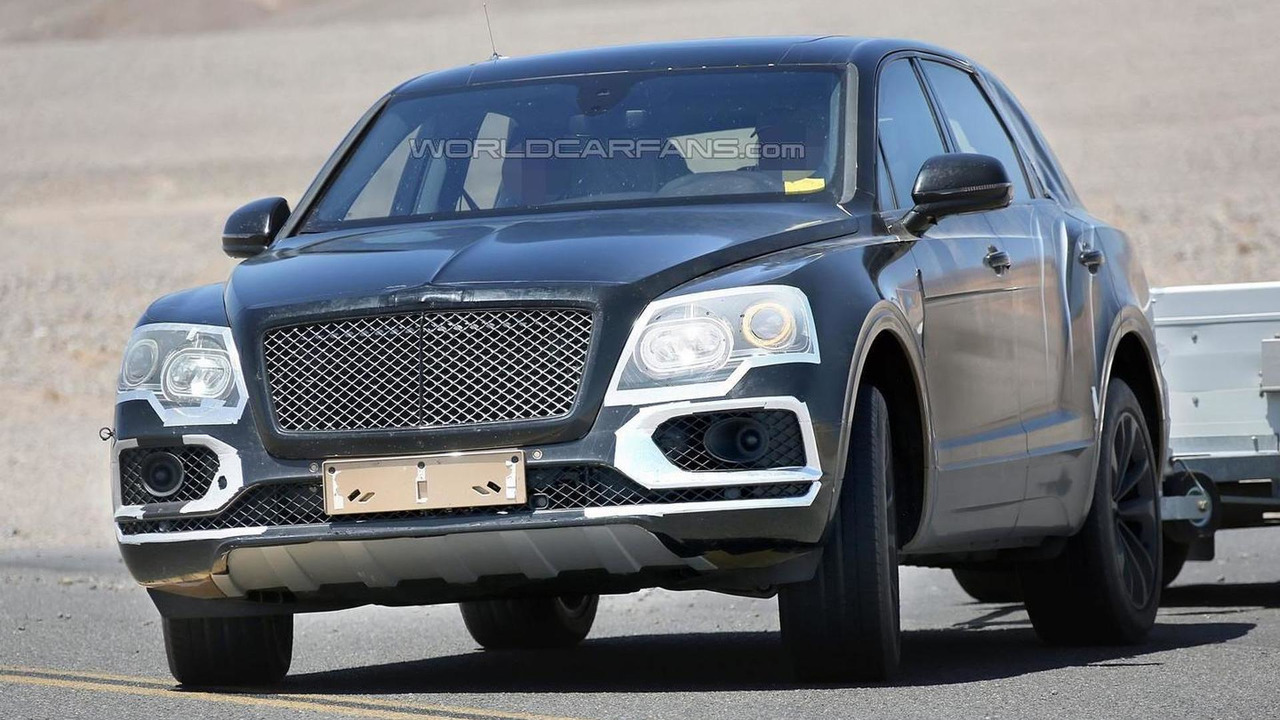 Our spies have sent us a fresh batch of images with a Bentley Bentayga prototype performing hot weather testing.

Our spies have sent us a fresh batch of images with a Bentley Bentayga prototype performing hot weather testing.

It's certainly not the prettiest prototype we've ever seen but hopefully things will take a turn for the better once the disguise will be removed. After seeing the Bentayga tackling the Nurburgring and then stretching out in Dubai, now time has come to see it in action on a scorching hot day in the Death Valley, California showing more of the production-spec front bumper with those big vents.

With the exception of the lighting clusters, the rest of the car appears to be camo-free but if you look closely you'll see that it has some black tape on the bumpers, side skirts and also on the third side windows, so it's too early to criticize the car's design which will be significantly different than the odd EXP 9 concept.

Bentley has used some big words to describe the Bentayga which they say will be "world's most powerful and luxurious SUV" and aims to be a "sector-defining" model. One of the engines available is going to be the newly developed twin-turbo W12 6.0-liter TSI with 608 PS (447 kW) and a massive 900 Nm (663 lb-ft) of torque. We also expect to find a twin-turbo V8 and even a V8 turbodiesel while in 2017 the range will be extended by the addition of a plug-in hybrid already confirmed by Bentley.

The British luxury marque has already showed us some of the interior bits and pieces in a somewhat revealing teaser presenting a fully digital instrument cluster, touch-sensitive start/stop button, head-up display and an upscale fit & finish with aluminum and wood inserts as well as premium leather upholstery and glossy black accents while in the back there could be two individual seats.

Scheduled to go on sale early next year, Bentley's first ever crossover will likely be introduced this September at the Frankfurt Motor Show. If the model will turn out to be a success, there could be a second high-riding model slotted below the Bentayga several years from now.