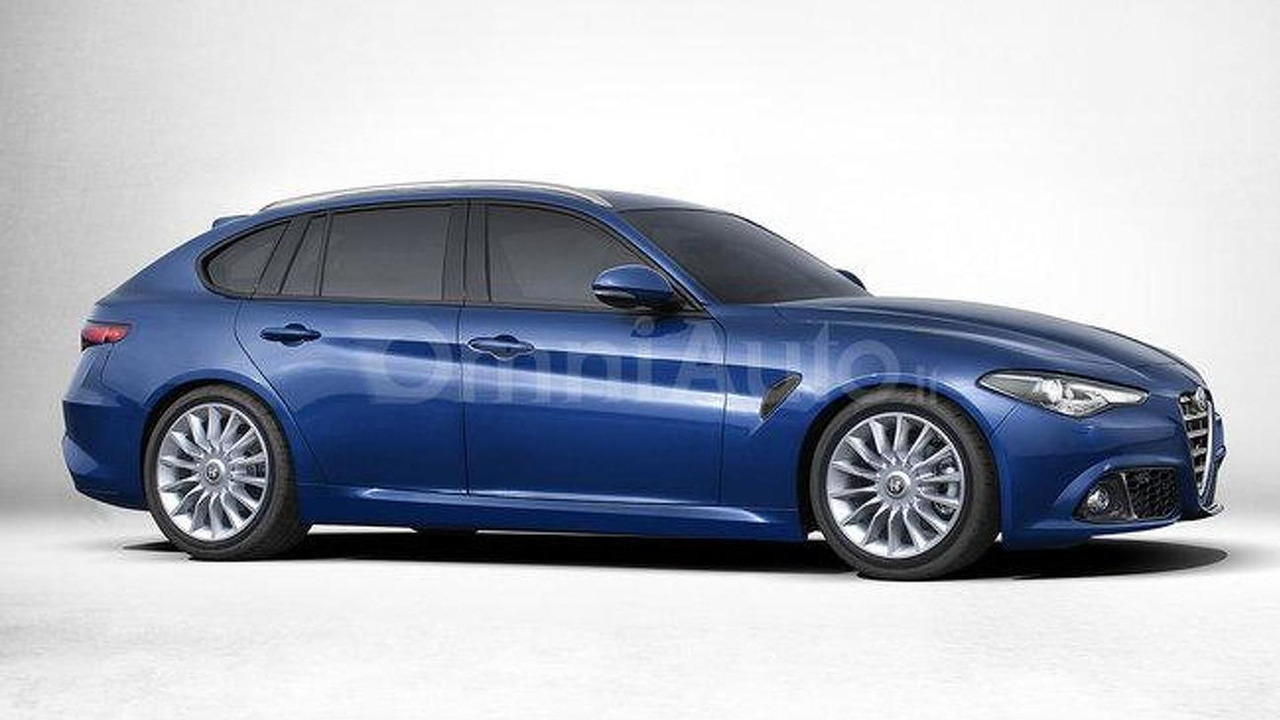 After coming up with a render of a non-QV Alfa Romeo Giulia, our colleagues at Omniauto.it have digitally imagined a Giulia Sportwagon.

After coming up with a render of a non-QV Alfa Romeo Giulia, our colleagues at Omniauto.it have digitally imagined a Giulia Sportwagon.

Alfa Romeo has so far only showed us the hot Quadrifoglio Verde version of the Giulia, but obviously a more docile edition is being planned and has actually been spied recently. They seem to have a winning recipe in terms of design with the sedan, but what about a wagon? Omniauto.it decided to elaborate a render with a Giulia Sportwagon which blends the appealing looks of the sedan with the added practicality of a wagon.

It's too early to tell whether a wagon is being planned, but it would make sense taking into account just about all Giulia competitors have one. A potential flagship QV version in both RWD and AWD guises would give the Mercedes-AMG C63 Estate and Audi RS4 Avant a run for their money. A coupe version would also be a very welcomed addition to the range.

Hopefully Alfa Romeo will shed some light about the Giulia's future at the Frankfurt Motor Show in September where they will show both the QV and lesser versions of their brand new sedan which was developed in only two and a half years.