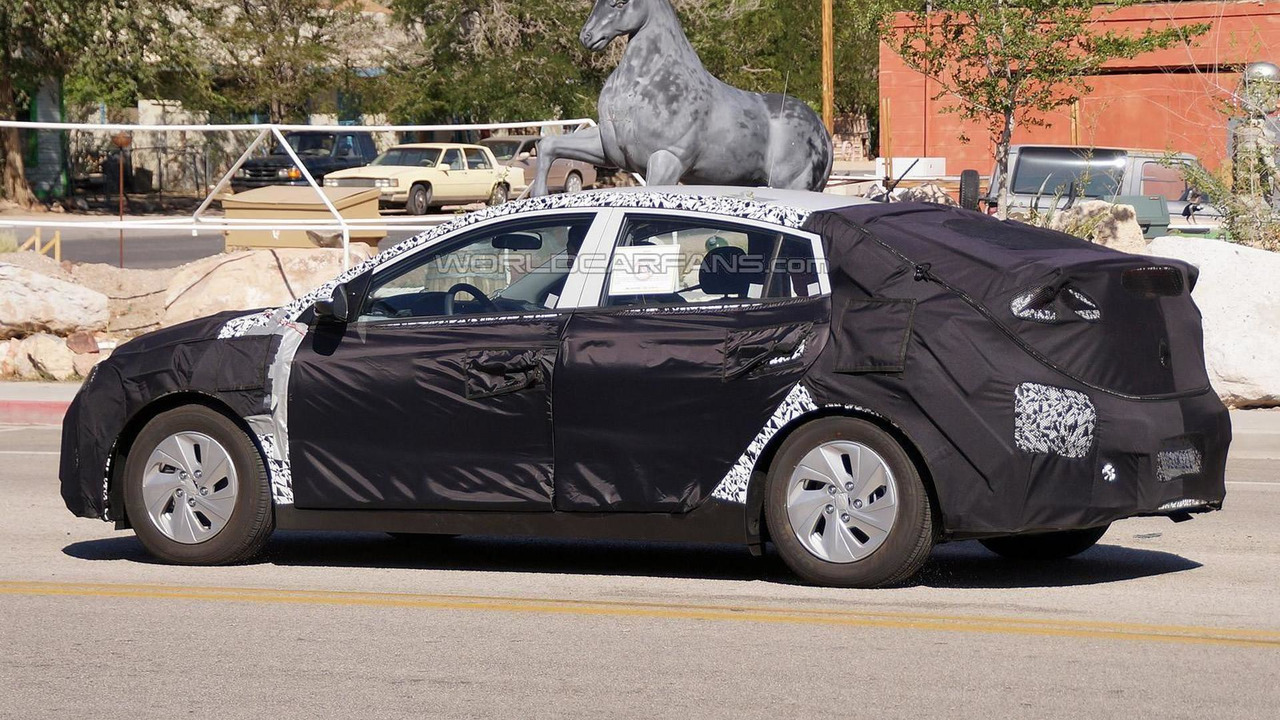 Our spies have sent us a new batch of images depicting Hyundai's upcoming HEV and PHEV models.

Our spies have sent us a new batch of images depicting Hyundai's upcoming HEV and PHEV models.

Just like Toyota is offering both hybrid and plug-in hybrid versions of its soon-to-be-overhauled Prius, Hyundai will be doing the same thing as if you look closely at these pics you'll notice one of prototypes has a single fuel cap while the other boasts two of them. The cars don't look like any other Hyundai models on sale today and could be based on the next generation Elantra.

Both will likely combine a four-cylinder, 1.6-liter turbocharged gasoline engine with an electric motor and a lithium-ion battery which should enable better fuel economy numbers than the larger and heavier Sonata Hybrid which does 39 mpg city / 44 mpg highway / 42 mpg combined.

Chances are we will see the unnamed Hyundai HEV and PHEV liftbacks in the second half of 2016 whereas the Prius duo will be revealed "soon" according to Toyota North America CEO Jim Lentz.