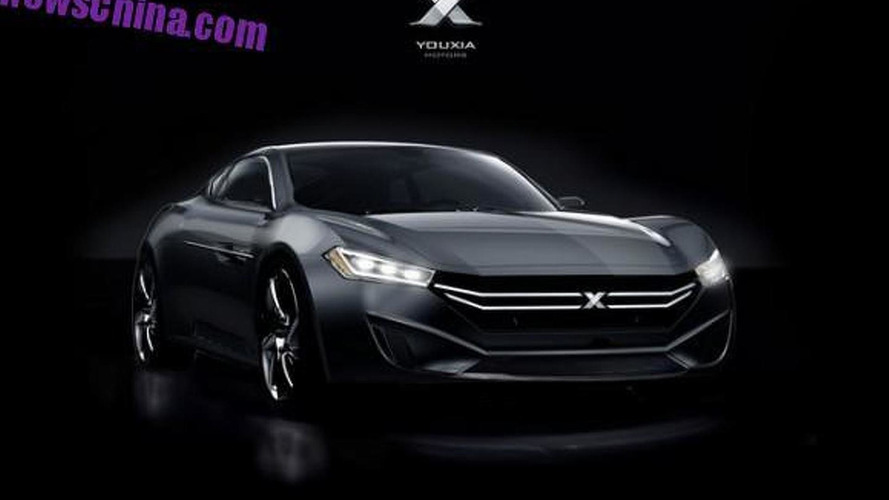 Chinese company Youxia Motors has announced it will reveal an all-new electric supercar on July 26.

The producer shared the first teaser image of the model, but thanks to CarNewsChina you can see the vehicle in its full glory. Our Chinese source says at first only a prototype will be revealed, while the production machine will be ready next year.

The One is actually based on the Hyundai Genesis Coupe and is expected to enter production in a limited run of five examples. Shortly after, the company plans to develop its own platform and chassis and drastically increase the annual production.

During the premiere of the prototype, Youxia will start a crowd funding campaign to raise around 480,000 USD, needed for the production of the first five examples. If everything goes on plan, the brand will then need 1.6M USD for development purposes.