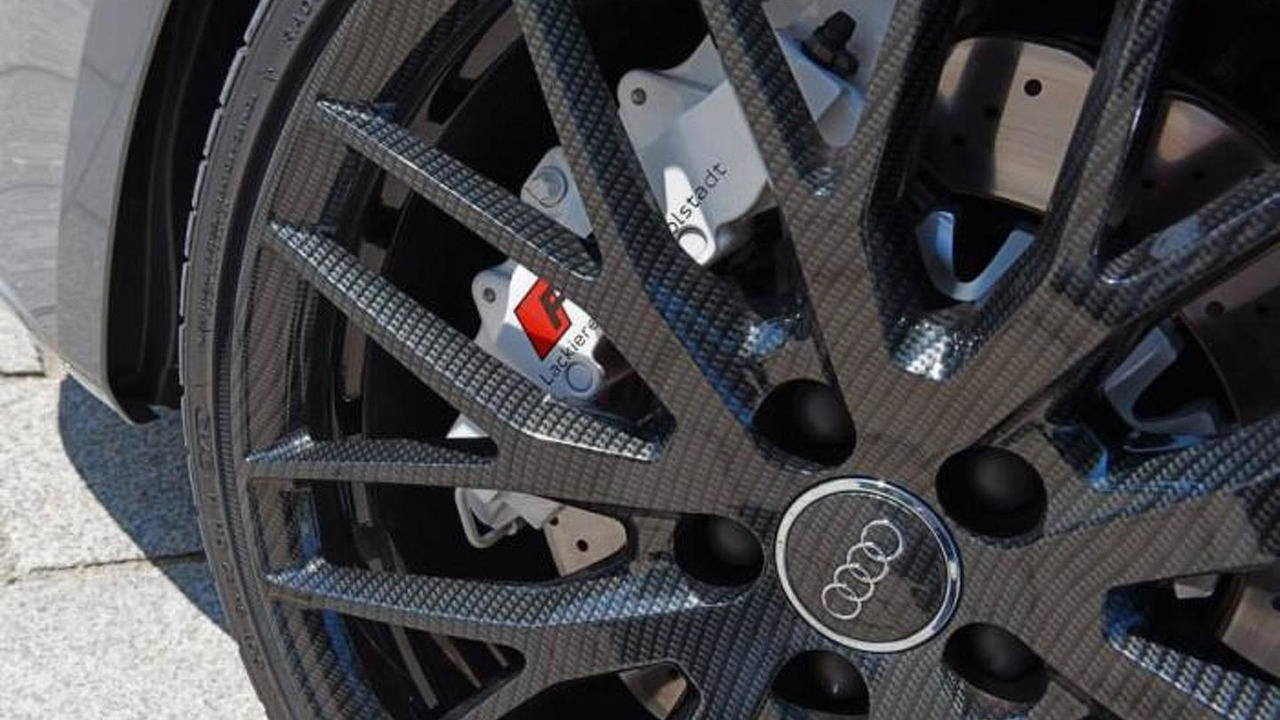 About a month ago we heard Volkswagen saying they formed a partnership with ThyssenKrupp Carbon Components and Maxion Wheels to work on carbon fiber wheels which are up to 40% lighter than a forged aluminum set. Now, Audi Forum Ingolstadt has released several pictures with a special RS3 that comes with large carbon fiber wheels, but we don't know if these have anything to do with the recently formed alliance.

Besides getting new wheels, this bespoke RS3 also comes with carbon fiber front and rear splitter along with LED illuminated "quattro" lettering on the lower front grille. You will also notice the layout of the engine has been airbrushed onto the hood and there's also a carbon fiber surround for the front grille and on the door mirror caps.

Stepping inside the cabin, there is more carbon fiber on the steering wheel, cup holder, seat shells and even on the ashtray. AFI says all of the car's mechanical parts manufactured from plastic have received either the same paint as the body or a lacquered glossy black look.

It will take a while until the RS3 will receive optional carbon fiber wheels as most likely these will make their debut on the Bugatti Veyron replacement and then trickle down to lesser models part of the VAG empire. The most obvious Audi candidate to receive these wheels is the second generation R8.