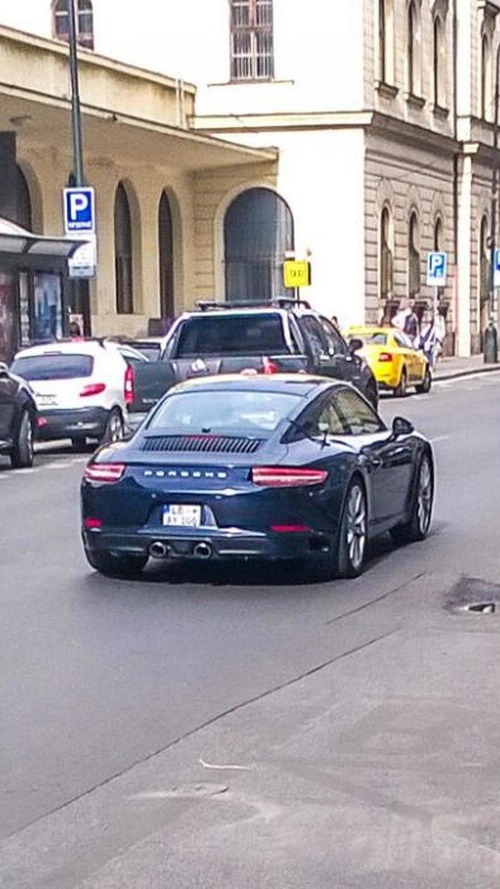 A camo-free prototype of the 2016 Porsche 911 has been photographed on the streets of Prague, Czech Republic.

A camo-free prototype of the 2016 Porsche 911 has been photographed on the streets of Prague, Czech Republic.

The refreshed 911 (991.2) is right around the corner and today we get an early look at the rear end of a near-production prototype that was spotted undergoing final testing rounds. It gets slightly different taillights graphics along with a modified exhaust arrangement as the tips are closer to one another and have been mounted near the bumper's center.

We notice the modified engine vent with vertical lines and there's also a reshaped rear bumper and from previous spy shots we found out there will be similar cosmetic tweaks in the front where the headlights will benefit from revised graphics along with an updated bumper and new LED daytime running lights.

The facelifted 911 will receive its public debut in mid-September at the Frankfurt Motor Show, but most likely Porsche will reveal the car before that. Based on the latest intel from Stuttgart, all the versions are going to be turbocharged, except for the GT3 models and possibly the rumored "pure" GT model which will allegedly use a six-speed manual gearbox.