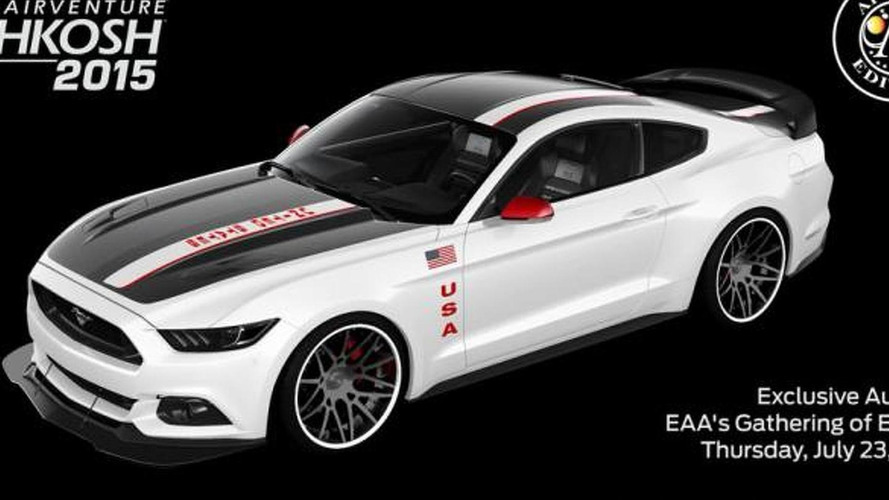 Ford has unveiled the one-off Mustang Apollo Edition for the 2015 EAA AirVenture Oshkosh.

Ford has unveiled the one-off Mustang Apollo Edition for the 2015 EAA AirVenture Oshkosh.

Designed to support the Experimental Aircraft Association’s youth aviation programs, the special edition draws inspiration from NASA’s Apollo program which successfully landed men on the moon.  The EAA didn't have much to say about the car but it features a black and white exterior with American flag decals and USA graphics.  The model also has a front splitter, a rear spoiler and red mirror caps.

In a statement, Edsel B. Ford II said “The Ford Apollo Edition Mustang salutes man’s greatest technological achievement, with the ingenuity, precision, and power that defined the spirit of American innovation."  He went on to say "Ford Motor Company committed itself to including exhilarating power, cutting-edge technology, and extraordinary craftsmanship in this automobile, which will support the next generation of pilots in EAA’s aviation education programs for young people.”