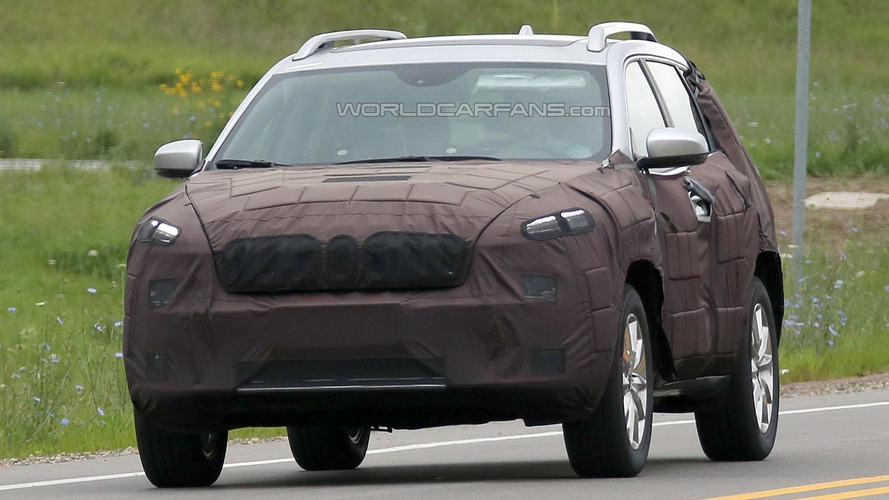 The 2017 Jeep Cherokee has been spied been for the first time. See the pictures inside

The 2017 Jeep Cherokee has been spied been for the first time.

Caught undergoing testing in Michigan, the facelifted model is heavily camouflaged but appears to retain its controversial front end.  This isn't too surprising as Jeep CEO Mike Manley recently hinted the model would retain its polarizing looks because "the overall styling ... is spot on."

Additional styling changes are hard to spot but speculation suggests the crossover could be offered with a new four-cylinder engine.  There have also been rumors about a high-performance Trackhawk variant which could presumably use the same turbocharged engine as the upcoming Dodge Dart SRT.

The facelifted Jeep Cherokee is scheduled to be introduced in the second quarter of 2016, so expect to learn more in the coming months.