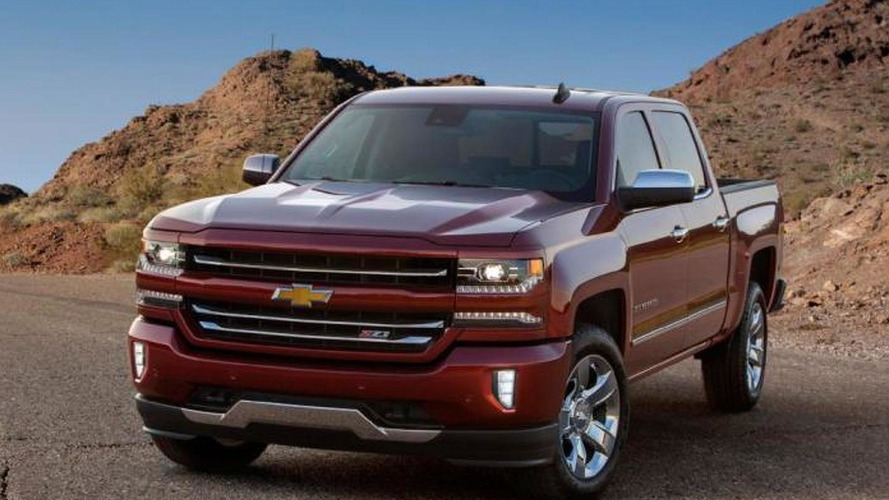 Chevrolet has prepared a moderate cosmetic revision for the Silverado just in time for the 2016 model year.

Chevrolet has prepared a moderate cosmetic revision for the Silverado just in time for the 2016 model year.

The most obvious change can be noticed at the front where Chevrolet's designers have shaved off some of the chrome detailing and they also installed reshaped fog lights which appear to benefit from LED technology. Also visible is a body-colored strip that runs across the middle of the grille while the dual LED daytime running lights make the 2016 Silverado in this Z71 trim look smart.

The hood has also gone through a series of modifications and looks beefier than before while the front bumper doesn't look as massive as before, perhaps because it now has a significantly less amount of shiny chrome.

Besides publishing this single image, Chevrolet says the updated Silverado comes with the latest generation of the MyLink infotainment system with support for both Apple CarPlay and Android Auto, along with extra safety-related technologies. More importantly, the availability of the 8-speed automatic transmission has been expanded.

Additional details will be released this fall prior to the model’s public debut.