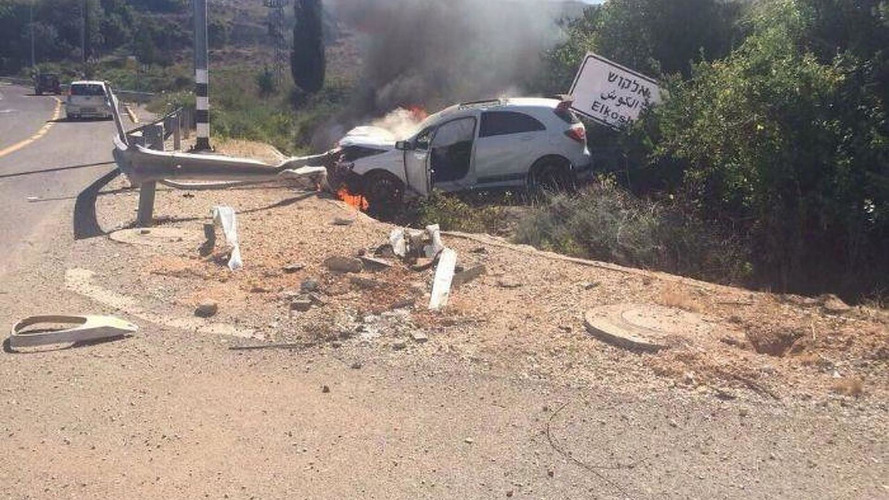 The driver of a Mercedes-Benz A45 AMG Edition 1 survived after a high-speed crash in Israel.

The driver of a Mercedes-Benz A45 AMG Edition 1 survived after a high-speed crash in Israel.

These aftermath photos clearly indicate we are dealing with a powerful impact and according to eye-witnesses the driver of the hot hatch was travelling at a very high speed. In an attempt to overtake, he apparently lost control of the 360 PS vehicle and ended up on the side of the road. Shortly after the impact, the A45 AMG went up in flames but the driver managed to escape without suffering any serious injuries.

Coincidentally, this isn't the only A45 AMG Edition 1 crashed recently in Israel as early last month an identical car was totaled by a taxi which ran a red light.

To refresh your memory, Mercedes-Benz offered an "Edition 1" of the A45 AMG during the model's first 12 months on the market. All cars came with a Cirrus White paint combined with matte graphite grey stripes applied on the roof, hood and sides. The cars also received a rear wing, larger front splitter, additional flics on the front apron along with red accents on the grille, brake calipers, side mirror caps and rear wing.