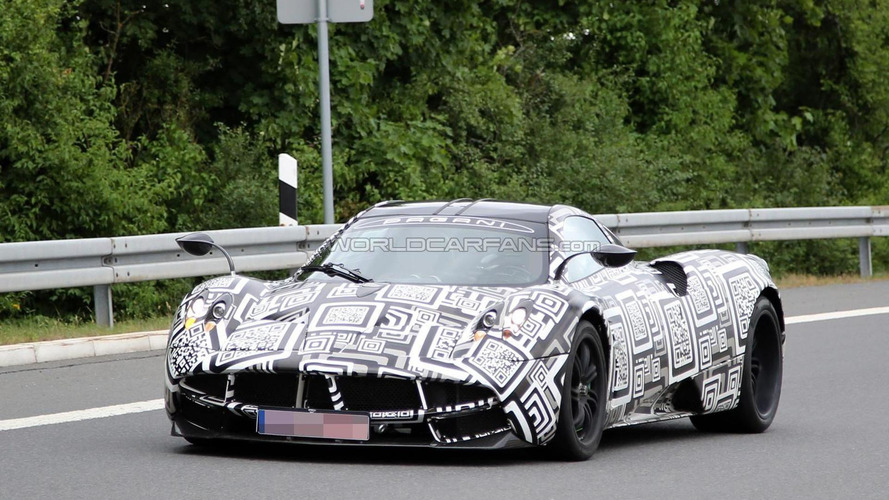 We have received a new batch of spy shots possibly showing Pagani's special version of the Huayra.

We have received a new batch of spy shots possibly showing Pagani's special version of the Huayra.

It still looks pretty much the same as the "standard" Huayra, but there's something going on with the exhaust system as the tips seems to have a slightly larger diameter and they also lack the shiny detailing of the production-spec car. It also comes with bright green brake calipers and what could possibly be a more prominent front splitter manufactured from carbon fiber.

Tentatively called Huayra SE (Special Edition), the hardcore version will apparently cost an eye-watering €2.5 million and only 20 cars will be produced. Those lucky owners will allegedly be able to enjoy a removable track-oriented aerodynamic body kit and possibly an uprated version of the twin-turbo V12 6.0-liter engine from AMG delivering more than the current 730 PS (537 kW) and 1,000 Nm (737 lb-ft).

Pagani has already started the teasing game which means an official launch shouldn't be far away, with a possible debut set for mid-September at the Frankfurt Motor Show. There's also a Huayra Roadster in the works, but that will likely be introduced early 2016.