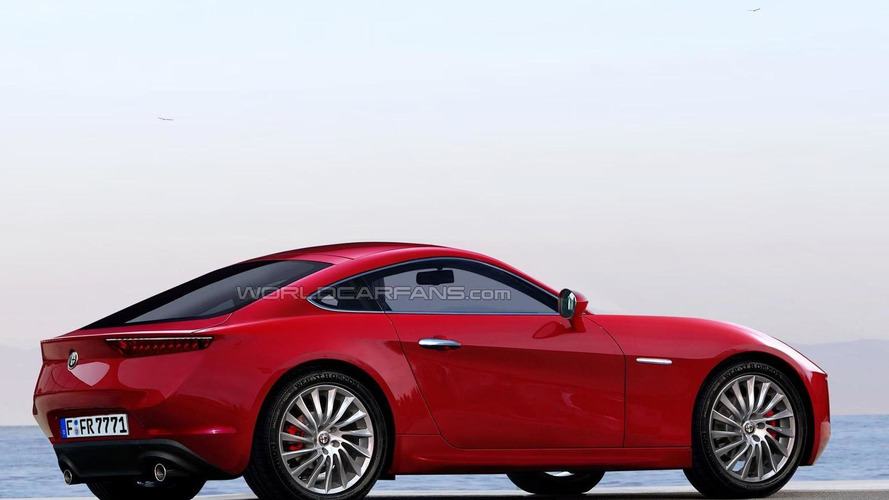 The Alfa Romeo GTV has been resurrected for present times thanks to a digital artistic impression.

The Alfa Romeo GTV has been resurrected for present times thanks to a digital artistic impression.

Alfa Romeo is bringing sexy back with the new Giulia which is just one of the many models to join the range until the end of the decade. There's no word about the possibility of seeing a next generation GTV, but the FCA-owned marque should consider rejuvenating the 2+2 coupe and its Spider sibling. Seen in this render is the fixed roof version with a sloped roofline enabling a sleek profile suitable for Alfa's current styling language.

As a reminder, the GTV was phased out in 2004 and replaced by the Brera which also spawned a Spider version, with both models getting the axe late 2010. A new GTV or Brera would likely receive the 4-cylinder, 1.75-liter engine from the 4C where it churns 237 bhp (177 kW) and 258 lb-ft (350 Nm), but the engine has potential for more power as the 4C is about to receive a range-topping Quadrifoglio Verde version packing more punch.

However, don't hold your breath for a new GTV/Brera as Alfa Romeo has other priorities since now they are putting the finishing touches on the Giulia and they are also working hard on the company's first ever SUV. Further down the line, there's going to be a larger SUV, bigger sedan along with a new entry-level model set to take the shape of a hatchback, coupe and sedan.