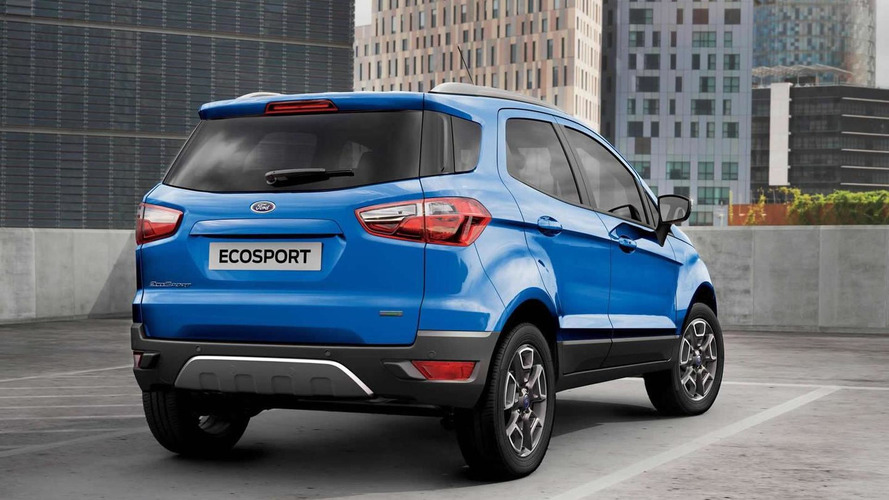 The updated EcoSport is more of a “rearlift” rather than a facelift as the main styling change can be noticed at the back where the spare wheel has been eliminated and instead you get a tire mobility kit. However, those who are fond of the old look can still ask Ford to put the spare wheel at the back, but chances are only a handful will want that.

Deliveries start in October and if you go for the Titanium version you receive additional chrome body detailing and partial leather upholstery as standard. At an additional cost, there's an optional Winter Pack bringing rear seat ventilation, heated front seats, heated mirrors and a heated windscreen. The interior cabin should be quieter than before thanks to tighter seals around the pedals and more sound-deadening materials mounted in the dashboard and doors.

Ford's engineers have made some tweaks to the dampers, springs, rear torsion beam, ESP and the electric power-assisted steering to enable a smoother ride and they also bumped output of the 1.5-liter TDCi engine by 5 PS (3 kW) to 95 PS (70 kW).

Following its launch, the Ford EcoSport will be offered with extra goodies such as a rearview camera and a satellite navigation system.