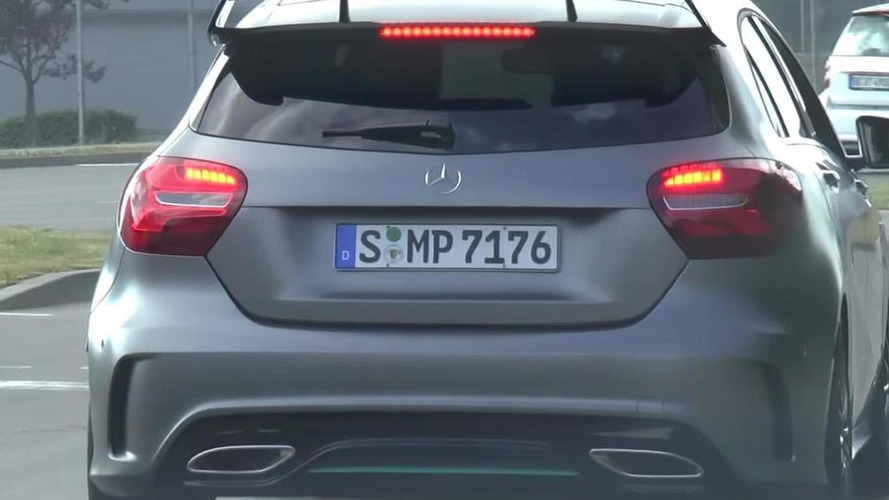 The recently facelifted Mercedes-Benz A-Class has been caught on camera on the roads, including in the special Motorsport Edition guise.

The recently facelifted Mercedes-Benz A-Class has been caught on camera on the roads, including in the special Motorsport Edition guise.

Mercedes-Benz took the wraps off its revised entry-level model at the end of last month so naturally all of their pre-production cars are now roaming the streets without any camouflage and now an amateur spotter has caught on camera several versions of the model, including the special Motorsport Edition.

It can be visually distinguished by its front & rear bumper trim painted in petrol green which was also applied onto the rim flanges of the AMG wheels. Petrol green highlights also adorn the AMG rear aerofoil and if you go for the A250 Sport or the A250 Sport 4MATIC, the side mirror caps also receive a similar finish which seems to be the case of this particular car.

We don't get to see the interior cabin in the attached footage, but we can tell you the A-Class Motorsport Edition features petrol green surrounds of the air vents while the contrast top stitching also adopts the same hue. The sporty seats come wrapped around in black leather / DINAMICA microfiber with petrol green decorative strips just like the seatbelts.

Mercedes-Benz is offering the Motorsport Edition with all engines from the A200/A200d upwards, with the exception of the top-tier A45 AMG.