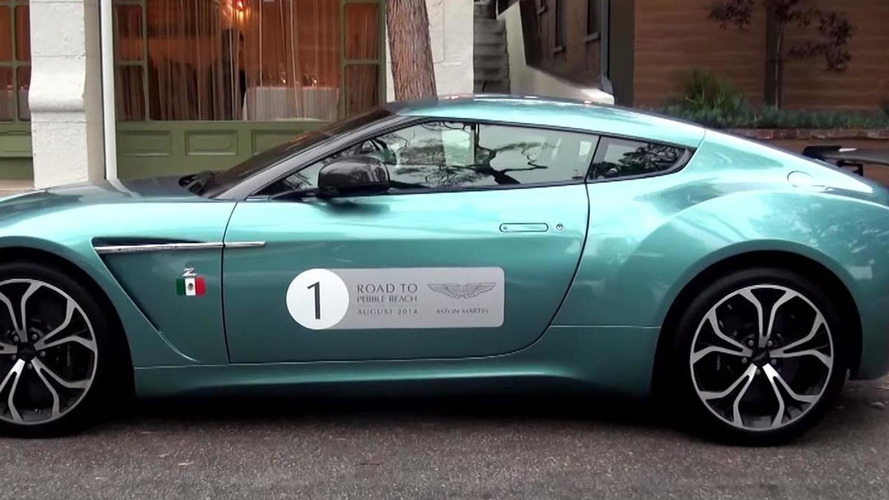 A gorgeous Aston Martin V12 Zagato finished in Alba Blue has been caught on camera by YouTube user BrianZuk.

A gorgeous Aston Martin V12 Zagato finished in Alba Blue has been caught on camera by YouTube user BrianZuk.

It was February 2012 when Aston Martin took the wraps off the production-ready V12 Zagato and the initial plan was to make 150 cars at £330,000 (excl. local taxes) per unit. However, production numbers were shortly lowered to 101 units  probably because not a lot of people were willing to pay that much and also due to the fact that each car required a massive 2,000 man-hours to complete.

Based on the V12 Vantage, the specialty vehicle was released to celebrate the 50th anniversary of DB4GT Zagato and aside from the custom exterior it also had a different interior cabin with semi-aniline leather seats, Zagato badging, piano black accents and a carbon fiber trim while the seats, doors and headliner came with a hand-stitched weave pattern.