2017 BMW 5-Series stretches its legs on the Nurburgring [video] 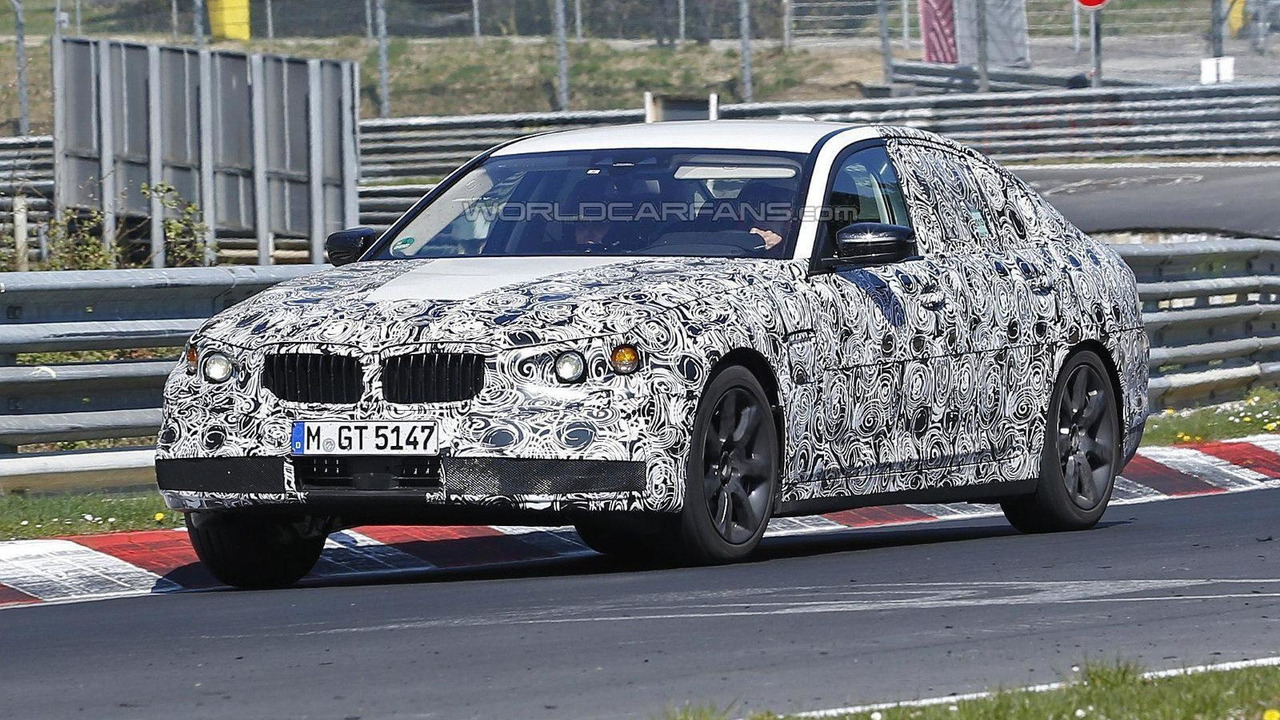 The 2017 BMW 5-Series sedan has been spied putting in a few laps on the Nürburgring.

The 2017 BMW 5-Series sedan has been spied putting in a few laps on the Nürburgring.

Caught wearing familiar black and white camouflage, the model appears to follow in the footsteps of the 2016 7-Series as it adopt an evolutionary design that is rather conservative.

While there isn't much to see, the redesigned model will ride on the same platform that underpins the new 7-Series.  Considering the latter model weighs up to 130 kg (286 lbs) less than its predecessor, the 5-Series should also feature a considerable weight reduction.

Engine options should also echo the 7-Series, so expect a variety of petrol and diesel units including:

There could also be an entry-level model with a 1.5-liter three-cylinder diesel engine as well as a plug-in hybrid variant with a 2.0-liter TwinPower Turbo four-cylinder petrol engine, an electric motor and a lithium-ion battery.