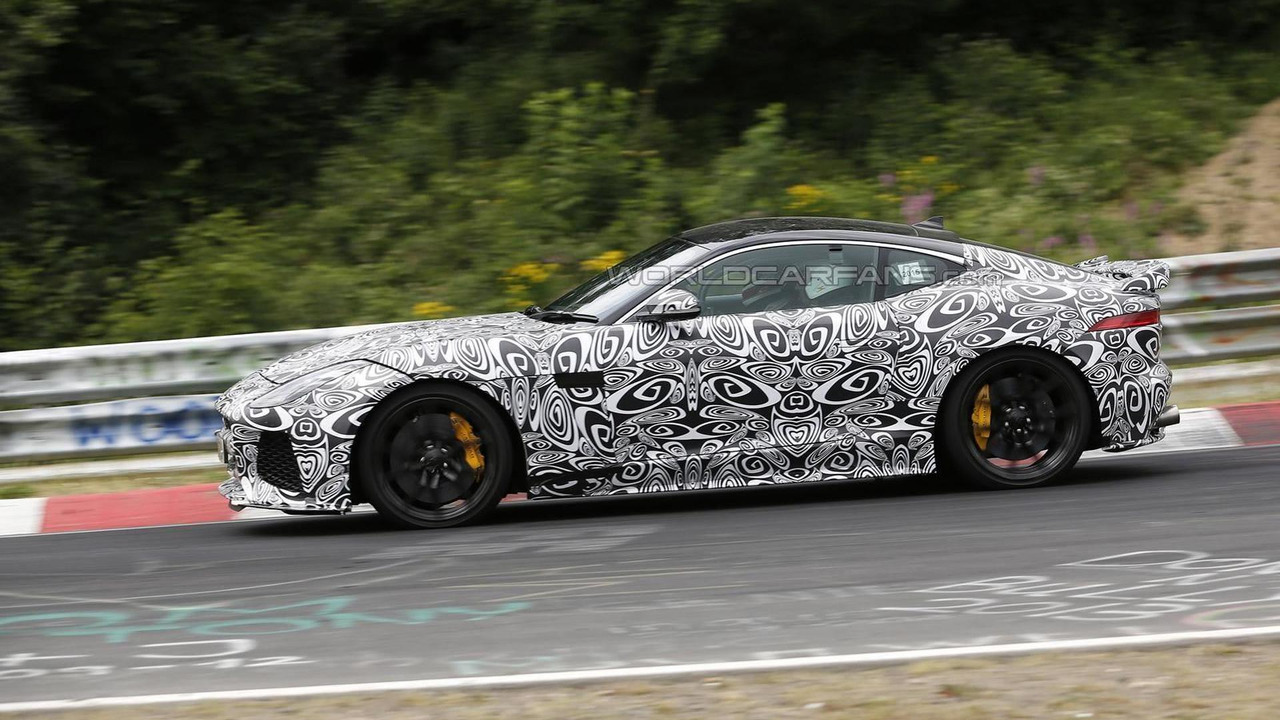 Our spies have once more caught on camera a fully camouflaged prototype of next year’s meanest Jaguar F-Type ever, the SVR.

Our spies have once more caught on camera a fully camouflaged prototype of next year's meanest Jaguar F-Type ever, the SVR.

Jaguar recently pulled the plug on the R-S badge in order to replace it with the SVR suffix which will be applied on the most powerful F-Type ever made as the prototype spotted here has more than 600 bhp (447 kW) generated by the supercharged V8 5.0-liter engine. This will make it even stronger than the limited edition Project 7 and will be visually distinguishable thanks to the fixed rear wing and gigantic front vents in the bumper.

The Jaguar F-Type SVR is believed to come only in an all-paw configuration receiving the engine's power through a revised variant of the eight-speed Quickshift transmission. The added grunt corroborated with other upgrades will make this flagship variant quicker than the all-wheel drive F-Type R Coupe which needs 4.1 seconds until 62 mph (100 km/h) and tops out at an electronically-capped 186 mph (300 km/h).

It will go on sale sometime next year and chances are there's also going to be a convertible version. Needless to say, both of them will be significantly more expensive than the “lesser” all-wheel drive R versions which in Germany begin at €112,800 for the coupe and €119,800 for the cabrio.