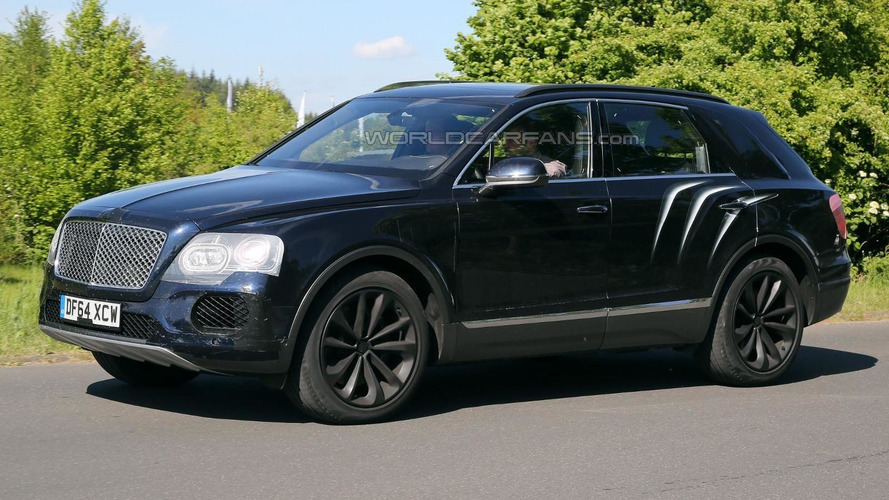 Bentley’s test drivers have been spotted hard at work putting the Bentayga SUV through its paces in Germany, shortly after one of their prototypes suffered a malfunction.

Bentley's test drivers have been spotted hard at work putting the Bentayga SUV through its paces in Germany, shortly after one of their prototypes suffered a malfunction.

Seeing such a huge SUV testing on the Nürburgring is still hard to accept for some people, but we live in a time when premium automakers are striving to convince us their high-riding models can be agile and fun to drive. Bentley is one such example and they promise to deliver a "sector-defining" model which aims to be the "world's most powerful and luxurious SUV."

The project came to life as the controversial EXP 9 F concept which was heavily criticized for its odd appearance, but Bentley’s design team went back to the drawing board and redid the appearance of what will be the company's first ever SUV. It doesn't look promising in this latest spy video, but we should reserve our judgment until we see the final product.

In a previous teaser video, Bentley offered a first glimpse at the high-end interior cabin which will host a fully digital instrument cluster, head-up display, touch sensitive start/stop button and a plethora of high-end materials including wood, aluminum and leather while in the back there might be individual seats

As for the underpinnings, the Bentayga will be based on the second generation Audi Q7 and is going to be offered with a newly developed W12 6.0-liter TSI twin-turbo engine pushing out 608 PS (447 kW) and a massive 900 Nm (663 lb-ft) of torque. The engine lineup will also likely include a V8 turbodiesel and a twin-turbo V8 4.0-liter gasoline along with a plug-in hybrid derivative confirmed for a 2017 launch.

Bentley has announced the conventional-powered Bentayga will go on sale next year and could be joined after the end of the decade by a smaller crossover.