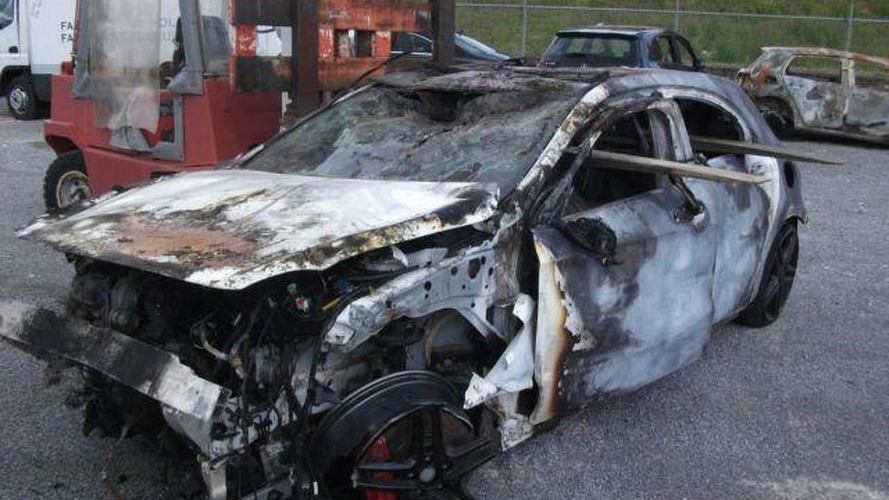 We have stumbled upon a totaled Mercedes-Benz A45 AMG available for a rather pricey €9,500.

We have stumbled upon a totaled Mercedes-Benz A45 AMG available for a rather pricey €9,500.

The impact must have been brutal taking into account the extensive amount of damage caused initially by the powerful impact and then by the fire which devoured the hot hatchback. This is a 2014 model year A45 AMG driven for just 19,000 km (11,806 miles) and obviously it's beyond repair and probably there are only a handful of salvageable parts. The asking price is exaggerated since there’s not much left that you can use and it’s unlikely the engine has not been affected by the crash & burn.

We don’t know what happened to the driver, but hopefully he is ok and survived what must have been a horrifying crash which probably occurred at a high speed given the severity of the damages as if you look at the front wheels, both are incomplete. That being said, €9,500 is over the top for a wreck.