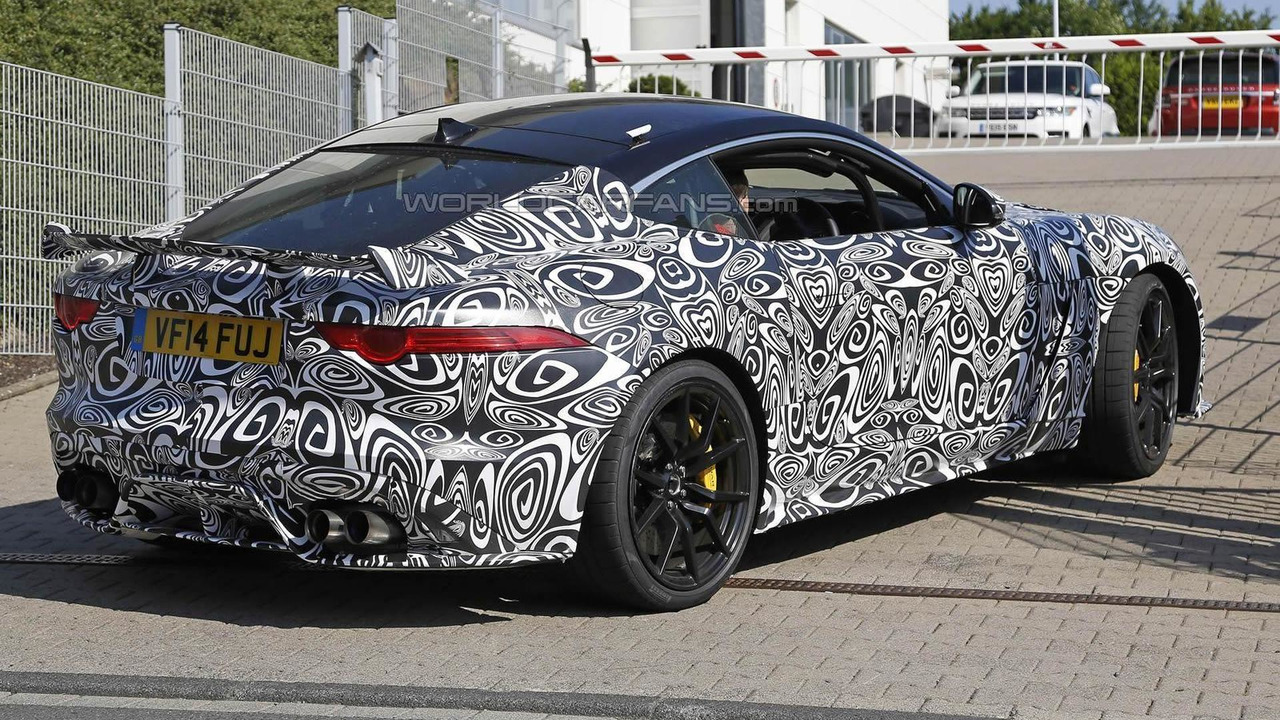 We have managed to acquire a first batch of spy shots with the range-topping SVR version of the Jaguar F-Type featuring the production body.

We have managed to acquire a first batch of spy shots with the range-topping SVR version of the Jaguar F-Type featuring the production body.

The F-Type R is about to be dethroned as the SVR edition is expected to pack more than 600 bhp (447 kW) which will make it more powerful even than the limited-run Project 7. Aside from being the strongest F-Type ever, the flagship model will also get a more aggressive body with a rear wing and a prominent rear diffuser as seen in the attached spy shots depicting a prototype of the coupe testing at the 'Ring wearing the production body.

It can also be visually distinguished by its massive vents in the front bumper, slightly lower ride height, larger carbon ceramic brakes while the side mirrors are likely made as well from carbon fiber. The coupe spotted by our spy photographers will be joined by a convertible version, with both of them carrying a starting price significantly higher than the equivalent F-Type R.

Chances are Jaguar will be offering the F-Type SVR exclusively with an all-wheel drive setup and an 8-speed Quickshift transmission which will probably be optimized to handle the added power generated by the supercharged V8 5.0-liter engine.

The F-Type SVR Coupe & Convertible should go official in March 2016 at the Geneva Motor Show, with sales to commence shortly thereafter.