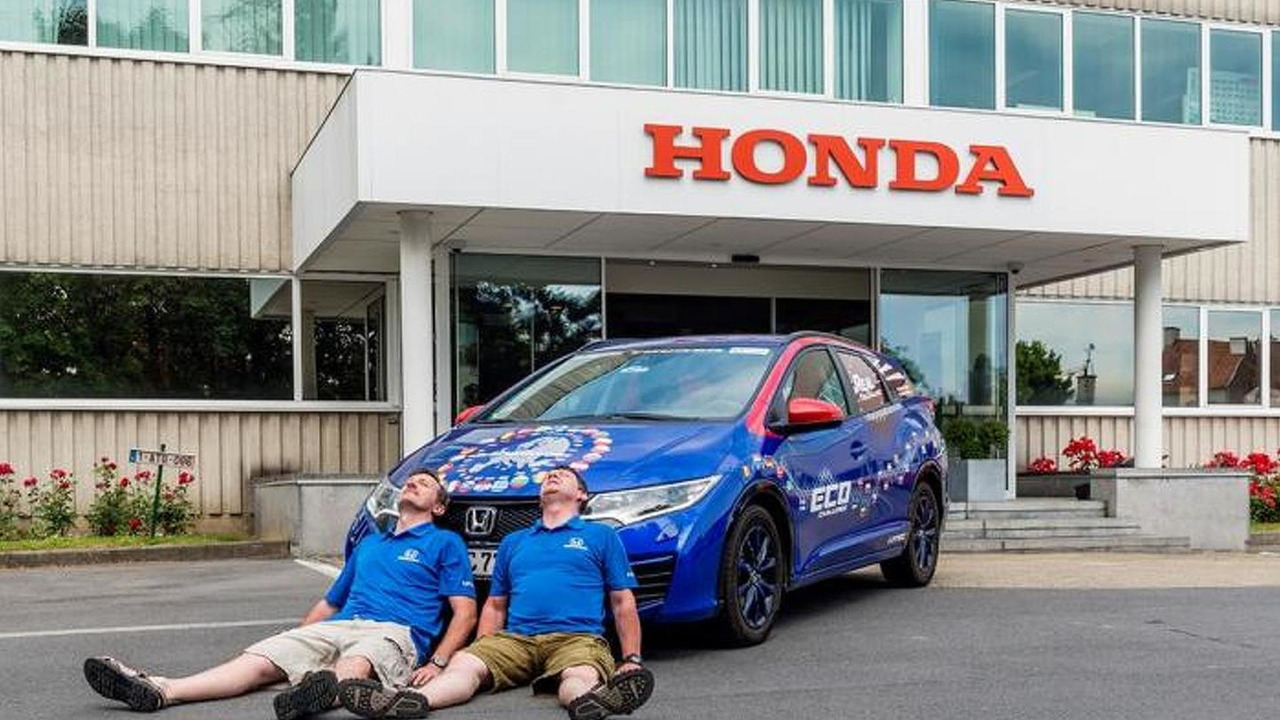 Honda has managed to establish a new Guinness World Record for fuel efficiency with a diesel-powered Civic Tourer.

Honda has managed to establish a new Guinness World Record for fuel efficiency with a diesel-powered Civic Tourer.

It might not be the prettiest compact wagon out there due to its rather bulky rear end, but Honda's Civic Tourer is extremely thrifty especially when equipped with the 1.6-liter i-DTEC engine. One such car managed to average a fuel consumption of 2.82 liters / 100 km (100.31 mpg UK or 83.4 mpg US) on a long 13,498 km (8,387 miles) journey across all 24 EU contiguous countries during an extensive 25-day trip.

A full tank of diesel lasted an impressive 1,500 km (932 miles) on average and at the end of the trip the entire costs stood at €645 (about £459 / $711). The adventure kicked off on June 1st from Aalst, Belgium and they returned to the starting point on June 25th, with the trip computer showing a fuel economy number that bested Honda's official 3.8 liters / 100 km by more than 25%. Behind the wheel were Fergal McGrath and Julian Warren, two members of Honda's European R&D team who each drove for about seven and a half hours per day.