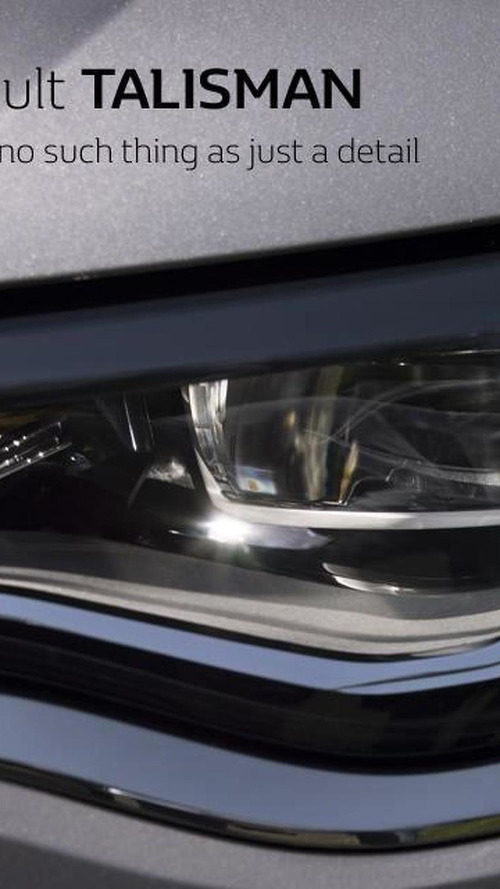 Renault has released a couple of more teasers with its TALISMAN mid-size model set to replace both the aging Laguna and Latitude.

Renault has released a couple of more teasers with its TALISMAN mid-size model set to replace both the aging Laguna and Latitude.

A couple of days ago we saw the multi-function rotary control of the 8.7-inch R-LINK 2 infotainment system and now Renault is teasing the leather-wrapped seats and the full LED headlight technology which will likely be borrowed from the new Espace. We are only a few days away from the TALISMAN's reveal as an official introduction is set for Monday when Renault will finally have a rival worthy to take on the big names in this segment such as the Passat, Mondeo and Superb.

The outdated appearance of the Laguna and Latitude will thankfully be replaced by a brand new design which will be much sleeker and should take cues from the Espace crossover/MPV. A four-wheel steering system and even semi-autonomous parking system should also be part of the package, along with adaptive cruise control and a head-up display which has already been confirmed in a previous teaser.