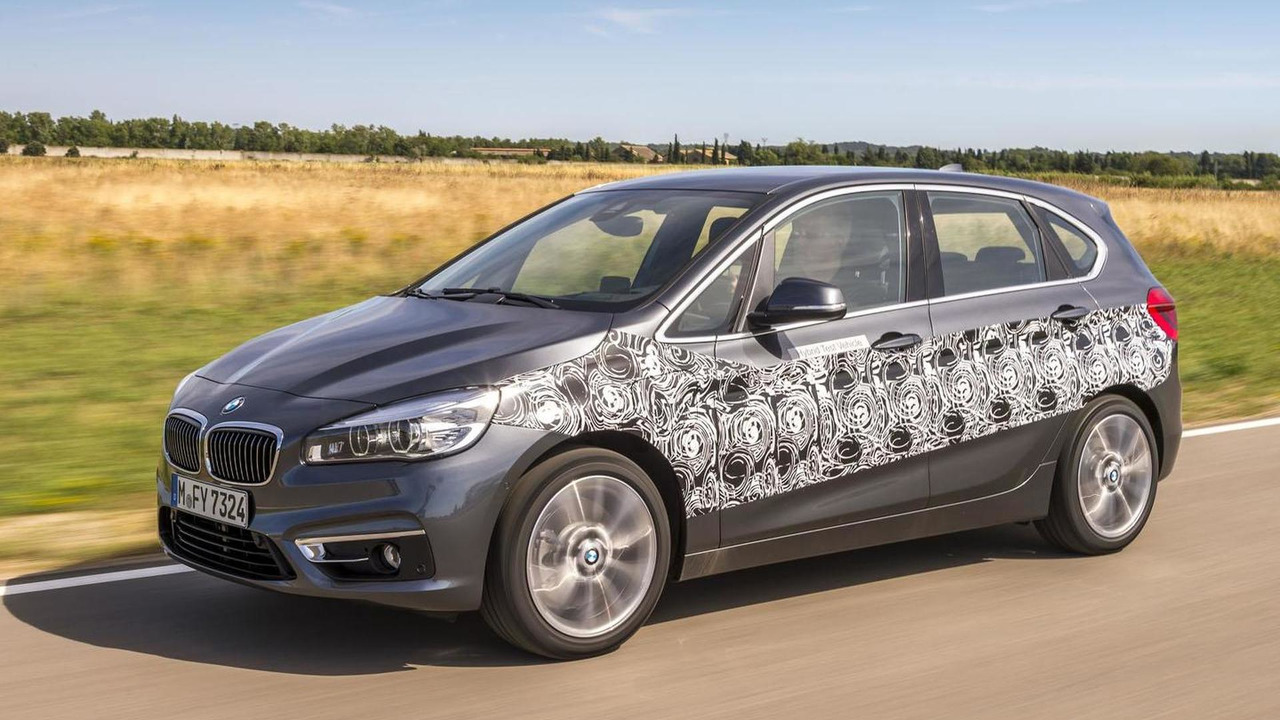 Designed to preview an eventual production model, the prototype has a 1.5-liter TwinPower Turbo engine that develops 136 PS (100 kW) and 220 Nm (162 lb-ft) of torque.  It sends power to the front wheels via a six-speed Steptronic transmission.

The prototype also features an electric motor that produces up to 88 PS (65 kW) and 165 Nm (122 lb-ft) of torque.  It is paired to a two-speed transmission which sends power to the rear wheels.

There's also a "high-voltage generator" on the front axle that generates electricity while the vehicle is being driven and "enables the engine to be started and turned off very smoothly thanks to its higher output compared to conventional starters."  The generator can also provide an additional  20 PS (15 kW) and 150 Nm (111 lb-ft) of torque for brief periods of time.