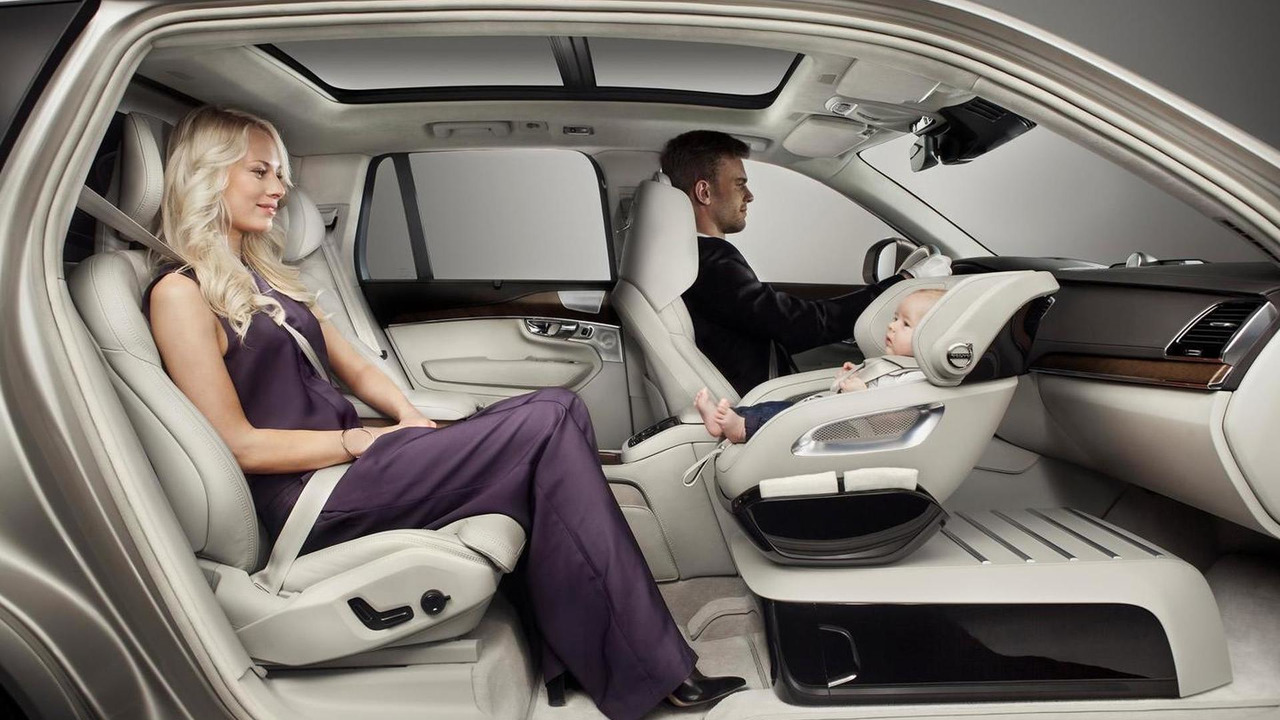 After introducing the Lounge Console concept earlier this year, Volvo is back with the newly developed Excellence Child Seat Concept.

After introducing the Lounge Console earlier this year, Volvo is back with the newly developed Excellence Child Seat Concept.

Designed for parents who want to travel in style while keeping the child's safety as top priority, this new seat can be swiveled counter-clockwise and then locked in a rearward facing position. It also has side storage for various items as well as a larger cargo area underneath for storing diapers, blankets and even a tote bag.

Volvo recommends small children should travel in a rearward facing position as long as possible, at least up to the age of 3 or 4, due to the disproportionate head size and weight as well as because of their lack of muscular strength in the neck.

According to Tisha Johnson who is Chief Designer Interiors at Volvo Cars Concept and Monitoring Centre, these alternatively seating layouts will be more and more important in the years to come as the automotive industry will enhance its focus on autonomous vehicles.

As a final note, it was Volvo that made the world's first rear-facing child seat prototype back in 1964 on a PV544.