Next generation Honda Civic Coupe spied from far away 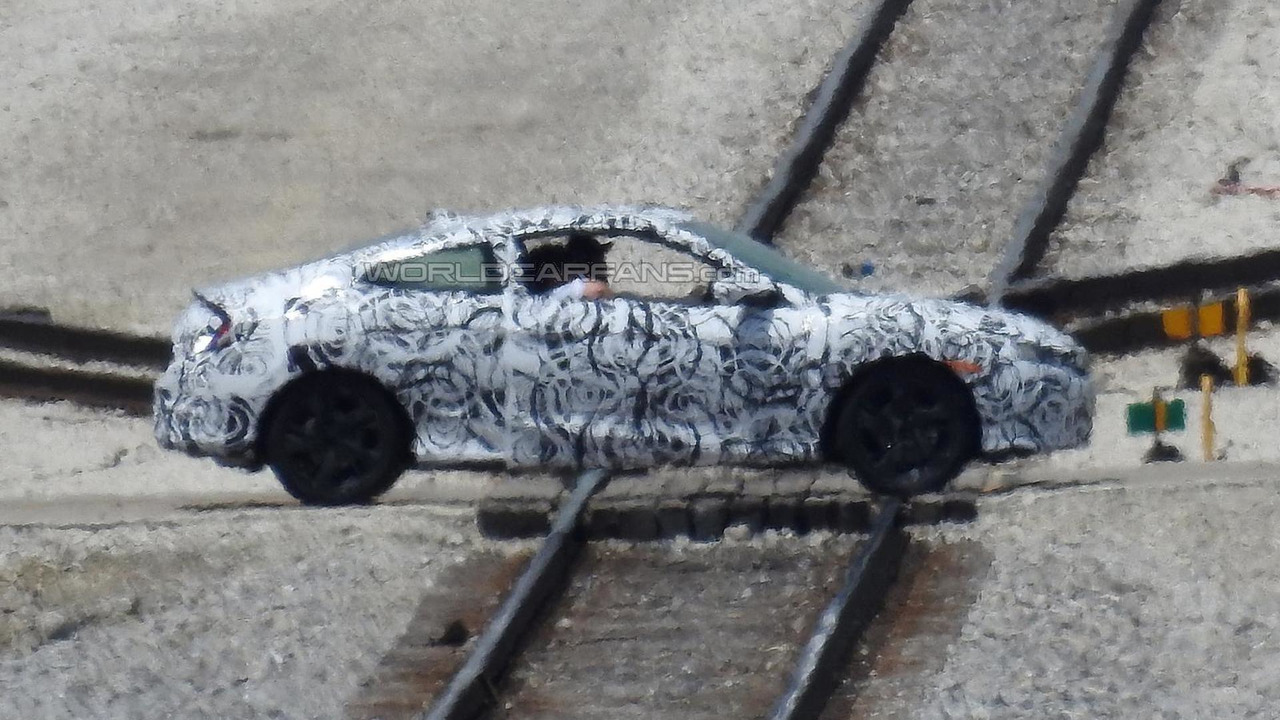 A fully camouflaged prototype of the next-gen Honda Civic Coupe has been caught on camera testing in Ohio.

A fully camouflaged prototype of the next-gen Honda Civic Coupe has been caught on camera testing in Ohio.

The quality of the images is not the greatest, but that's because the prototype was photographed from far away so these are zoomed in pics. Developed in United States, the coupe version of the tenth generation Civic seems to adopt a considerably sleeker appearance with a sloped roofline and a bold front fascia in the same vein as the Civic Coupe concept, but obviously not as flashy.

Earlier this year we stumbled upon some leaked patent designs showing the production car with interconnected boomerang-shaped taillights and an aggressive rear bumper. The interior cabin of the sedan was spotted recently by our spy photographers and it had an entirely new dashboard featuring a simpler layout compared to the outgoing model.

Honda has previously announced the 2016 Civic will be powered by a four-cylinder, direct-injection 1.5-liter turbocharged gasoline engine which will work with a short-shifting six-speed manual gearbox and a newly developed CVT while a second engine will also be offered. American Honda Motor Executive Vice President John Mendel says the new Civic is going to "deliver fun-to-drive performance in concert with top-in-class fuel efficiency and safety."

Also developed in United States, the sedan will actually be the first to come out this fall and will be followed likely early next year by the coupe. Europe will be getting a UK-developed hatchback version, but that's unlikely to be launched until 2017.