Updated Ford EcoSport goes up for order in Europe 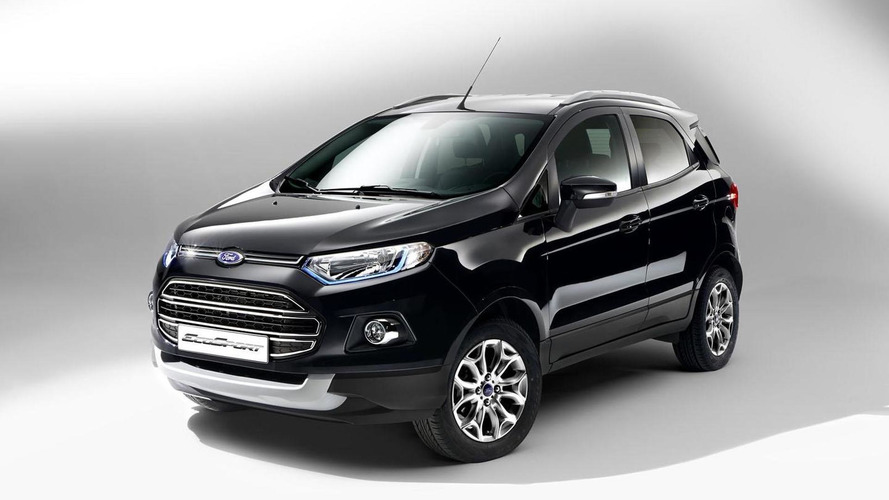 The "significantly enhanced" Ford EcoSport has gone up for order in Europe.

Originally unveiled at the Geneva Motor Show, the updated model features a number of improvements including the option to eliminate the rear-mounted spare tire.

Bigger changes occur in the cabin as there's a new steering wheel, additional chrome trim and a relocated handbrake.  The model also gains partial leather seats on Titanium variants and a new Winter Pack that includes heated front seats, a heated windscreen and heated mirrors. Later on, the crossover will be offered with several new options including a rearview camera and a navigation system.

The crossover also has a returned suspension with new springs, dampers and a rear torsion beam.  These reduce the ride height by 10mm and lower the model's center of gravity for improved handling.  The Electronic Stability Control and power steering systems also have been retuned for European roads.