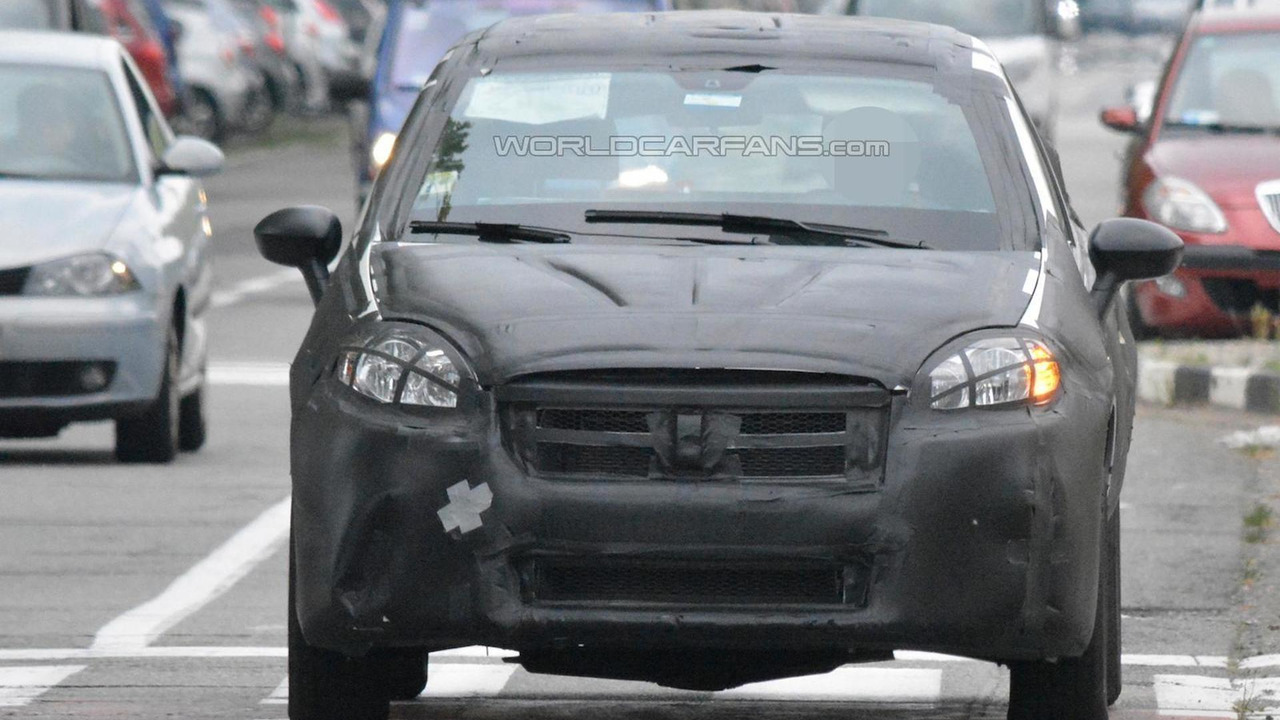 A test mule of the Fiat Bravo successor has been caught on camera undergoing testing in Torino, Italy.

A test mule of the Fiat Bravo successor has been caught on camera undergoing testing in Torino, Italy.

It looks weird because underneath that heavy black camouflage is basically a fat Punto so there's really nothing to talk about as far as the design is concerned. We can only assume it will borrow some styling cues from the rather good-looking Aegea compact sedan upon which the Bravo replacement will be based.

Engine choices should mirror those of the Linea-replacing Aegea which will be offered with two gasoline units and two MultiJet II turbodiesels, with power ranging from 95 PS (70 kW) to 120 PS (88 kW). On the inside it should pack a five-inch Uconnect infotainment system with TomTom navigation, but obviously only upper-spec models will get it.

Chances are Fiat will choose a different name for its new compact hatchback due next year and set to be assembled in Bursa, Turkey, unlike the defunct Euro-spec Bravo that was built until last July at the Cassino factory in Italy.

Aside from replacing the Linea and the Bravo, the Italians are also cooking up a successor for the Stilo Multiwagon which will obviously have a lot in common with its sedan and hatchback cousins.