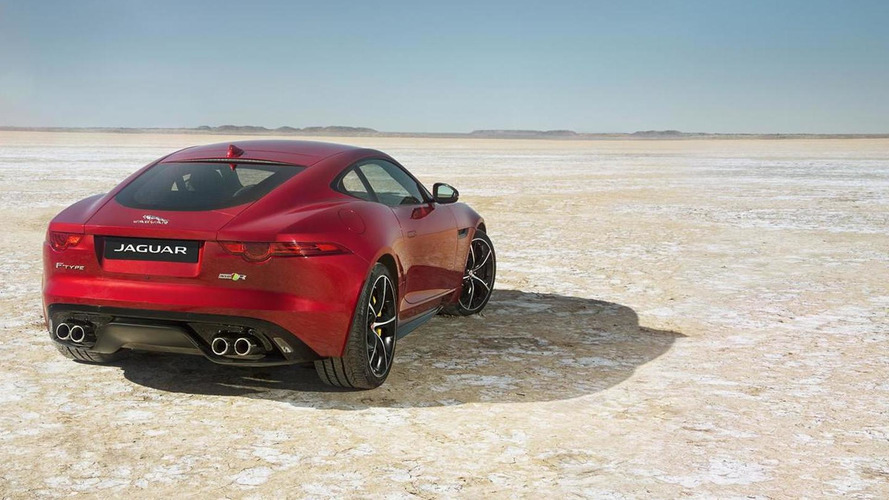 It seems next year's range-topping SVR version of the Jaguar F-Type will benefit from an all-wheel drive setup.

It seems next year's range-topping SVR version of the Jaguar F-Type will benefit from an all-wheel drive setup.

British magazine CAR has managed to obtain a few spy shots of an F-Type SVR engineering mule which was testing an all-wheel drive system that will be implemented in next year's production model. It will also feature significantly larger air intakes and beefier ceramic brakes while the rear end will host a prominent wing and a rear diffuser inspired by the F-Type Project 7 from where the SVR version is expected to source some aero bits and pieces.

Power will probably be provided by an uprated V8 5.0-liter supercharged engine which will develop more than 600 bhp (447 kW). Don't hold your breath for a manual gearbox as right now Jaguar is offering it only on F-Type models equipped with a rear-wheel drive layout.

An official reveal should occur in March 2016 at the Geneva Motor Show, with sales to commence shortly thereafter. The F-Type R Coupe is expected to live on after the SVR's launch.