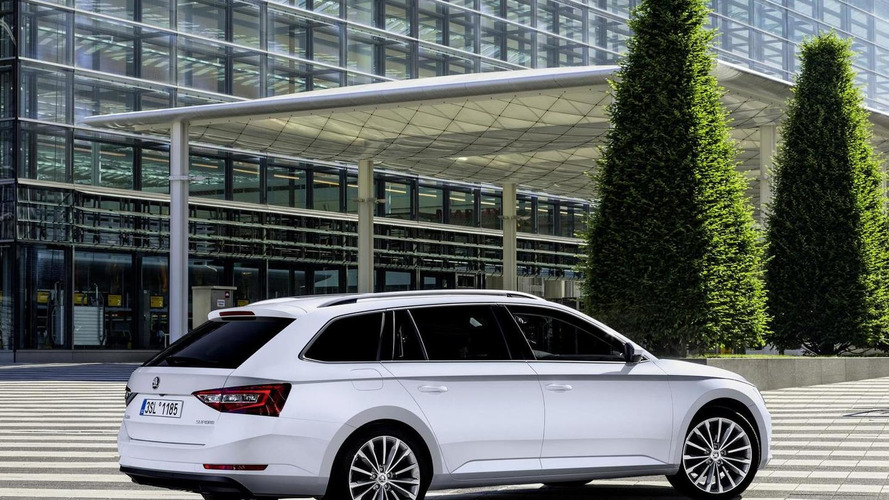 Skoda has released a new gallery depicting the Superb Combi that was revealed in late May.

Set to receive its world premiere at the Frankfurt Motor Show in September this year, the vehicle comes with a 660-liter trunk that can go up to 1,950 liters once you fold down the rear seats. The vehicle also offers 39 mm more elbow room than the previous model and a legroom of 157 mm for the rear seats, for which the manufacturer says is around twice as much as the nearest competitor.

As you would expect, Skoda Superb Combi has been equipped with many Simply Clever solutions and ten of them are completely new for the brand. The rich list includes a manually retractable tow bar, a tablet holder in the rear armrest, a tablet storage compartment in the Jumbo Box in the front, a USB port and a 230-V socket in the rear, single-handed opening for a 0.5-litre bottle and an extra high-vis vest storage compartment in all four doors. Both of the front and rear doors have space to store a 1.5-litre bottle.

Additional information can be found at the press release section below.