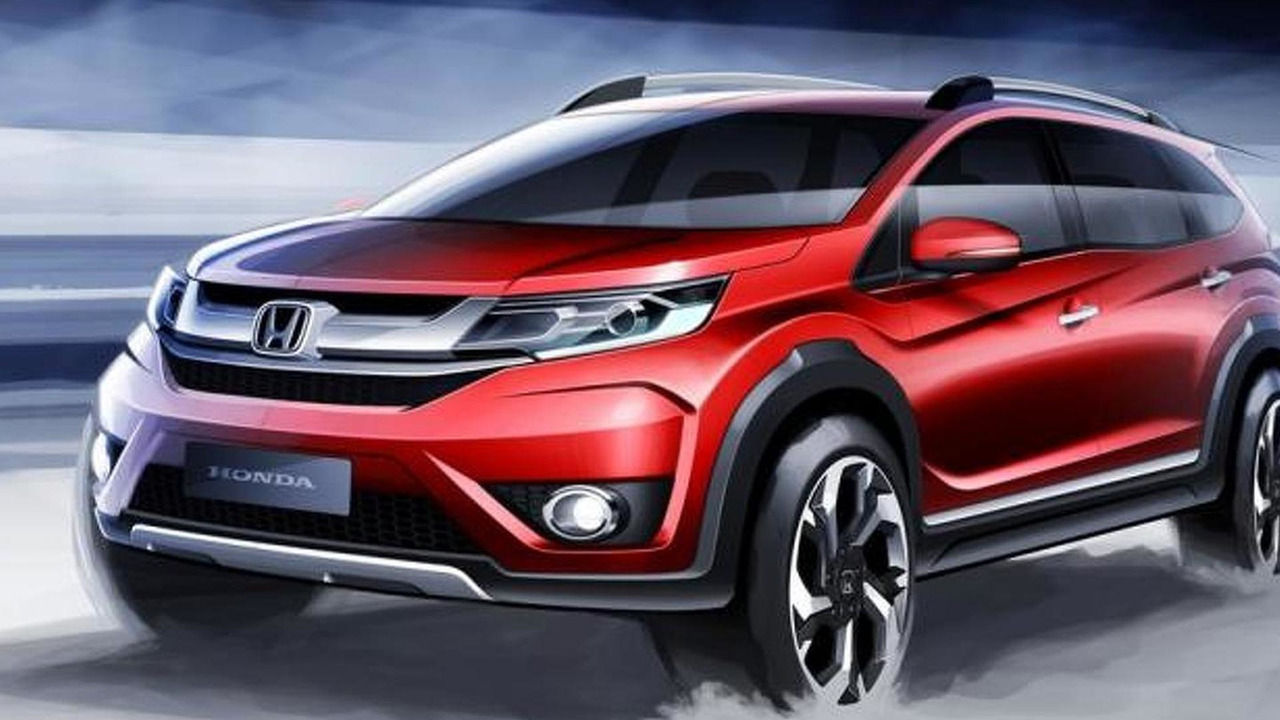 Honda has released a couple of teaser images with the BR-V crossover prototype set to premiere at the Indonesian Auto Show.

Honda has released a couple of teaser images with the BR-V crossover prototype set to premiere at the Indonesian Auto Show.

Not to be confused with the HR-V (Vezel), Honda's BR-V (Bold Runabout Vehicle) is being billed as a "new generation crossover utility vehicle" capable of providing seating for up to seven people on three rows. It was developed by Honda R&D Asia Pacific in Thailand and will target the Asian market where it will be offered with a 1.5-liter gasoline engine providing a blend between "sporty performance" and "great fuel efficiency."

Likely to be based on the Honda Brio, the new BR-V adopts a rather bold design, but usually these teasers are exaggerated to build up hype until the official reveal. Honda says that we should expect to see a "tough and solid" exterior design with sleek roof rails, big alloy wheels and a generous ground clearance, along with a generous array of standard safety features and a choice of two transmissions.

Described as a prototype, the Honda BR-V will be shown in August in Tangerang at the Gaikindo Indonesian International Auto Show 2015. The production version is expected to go on sale sometime next year.