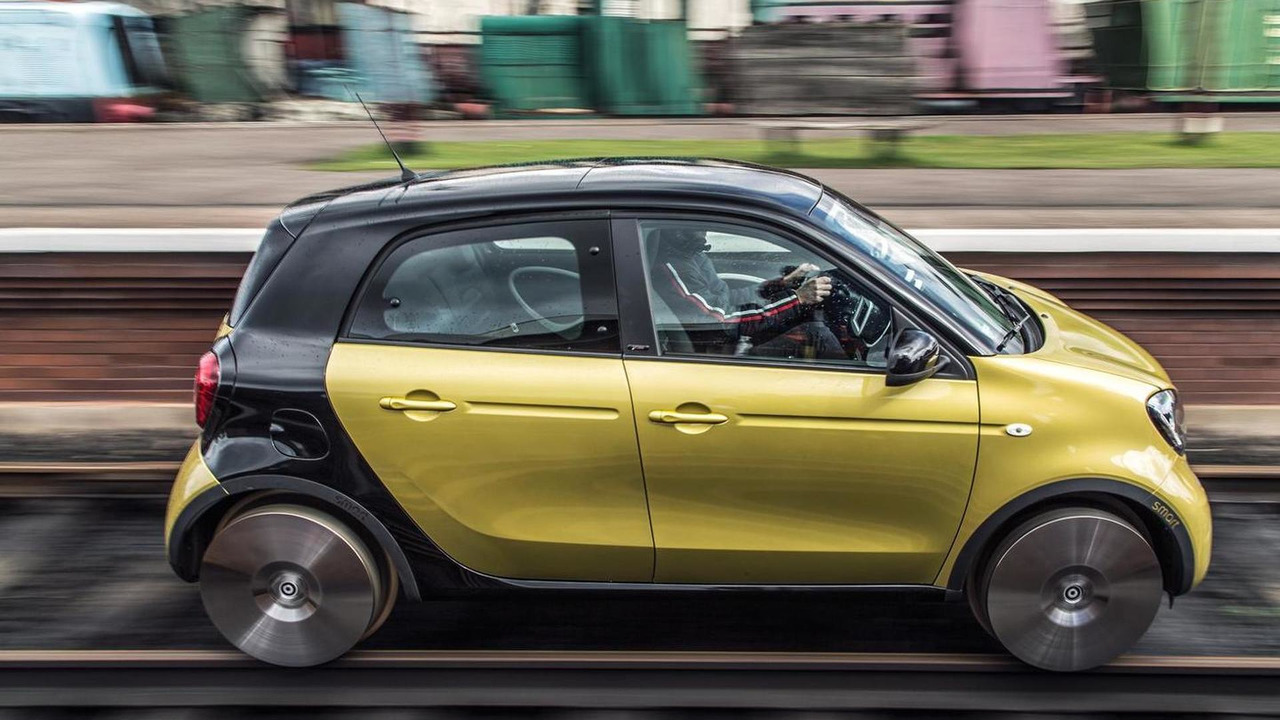 Smart has transformed the latest generation forfour into the world’s smallest train.

Smart has transformed the latest generation forfour into the world’s smallest train.

Upon first glance you might be tempted to say this is some sort of belated April Fools' joke, but it's real and was developed over the course of six months during which a lot of engineering work and CAD modeling was necessary. The custom forfour has lost its standard alloys and now comes with massive 22-inch solid steel wheels, each weighing 80 kg (176 lbs).

It was designed by a team at UK-based Interfleet who usually works on 70-ton, 16-liter diesel locomotives, but this time they had to modify a tiny Smart forfour weighing just one ton and equipped with a small 1.0-liter engine. For obvious reasons, the engineers removed the car's steering system and to make sure the wheels remained locked in position they welded aluminum supports between the axles.

The one-off Smart forrail was tested under close supervision on a 10-mile stretch of railway on the privately-operated Bluebell Railway which cuts a direct route through Sussex. A handful of commuters got the chance to ride in the world's smallest train which reached its destination without any difficulties.