Next generation Mercedes-AMG E63 spied up close and personal 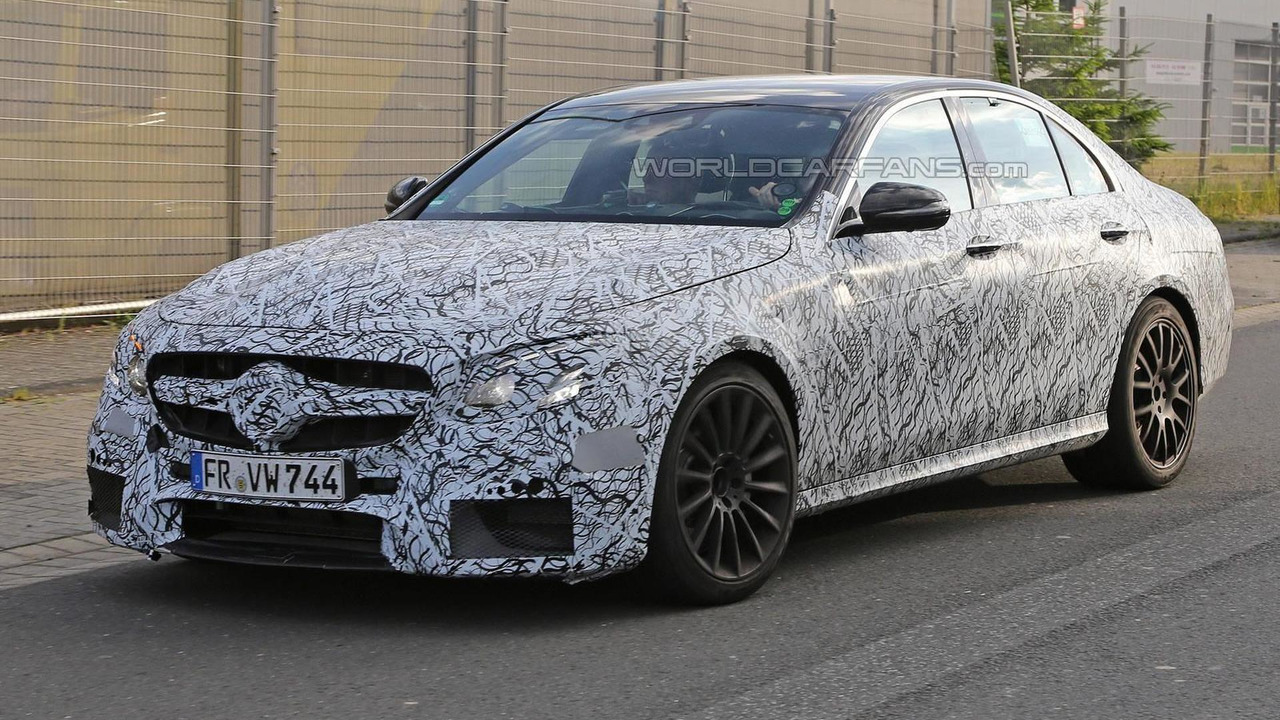 Our spies have captured on camera a prototype of the next generation Mercedes-AMG E63 Sedan.

Our spies have captured on camera a prototype of the next generation Mercedes-AMG E63 Sedan.

The high-performance mid-size sedan from Affalterbach is on its way towards a new generation which should be launched late next year as a 2017MY. Seen here is a fully camouflaged prototype performing testing rounds to make sure everything will be ready in time for the model's launch when it will have to face some stiff competition such as the BMW M5.

The aggressive design remains hidden underneath the camouflage and will be matched with some serious power as the twin-turbo V8 4.0-liter engine borrowed from the AMG GT and C63 will be further tweaked to develop more than the current 510 PS (375 kW) and 650 Nm (479 lb-ft). A bump in output to 560 PS is expected and there will also be a beefier S variant with even more power.

AMG boss Tobias Moers has already said the engine has a "lot more room for more horsepower and more torque" and in the Mercedes-AMG E63 it could be channeled exclusively to a 4MATIC all-wheel drive system as we heard a rumor earlier this year about the demise of the RWD version because the all-wheel drive model has proven to be significantly more popular while Moers said in-house testing showed the all-paw version is faster than the rear-wheel drive model.

Riding on an upgraded version of the MRA platform borrowed from the C-Class, the new E will be lighter than the outgoing model so performance should easily surpass the current variant which needs 3.6 seconds until 62 mph (100 km/h) for the E63 AMG 4MATIC S-Model.

The sedan will be the first to come out and will be followed by the wagon (T-Model) while coupe and convertible versions have already been confirmed by Mercedes-Benz's product manager Gerd Junginger who admitted the decision not to have an AMG coupe and cabrio in this generation was a mistake.