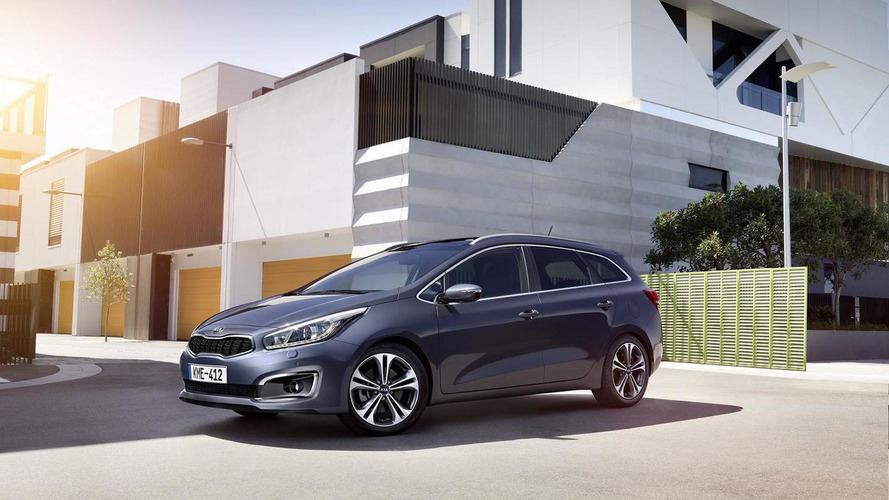 After an image hit the web at the beginning of the month, Kia has fully revealed the 2016 cee'd facelift which comes with a number of enhancements.

After an image hit the web at the beginning of the month, Kia has fully revealed the 2016 cee'd facelift which comes with a number of enhancements.

Styling changes are limited to new 16- and 17-inch alloys, a wider and more angular front bumper that has a chrome trim around the fog lights while a new oval-shaped grille mesh has been added. The back of the car hosts a different bumper and revised reflectors along with new graphics for the LED taillights.

Stepping inside the cabin, Kia says NVH levels are down thanks to additional sound-deadening material while diesel versions also get sound-absorbing material in the engine block, oil pan and diesel particulate filter. They have also added some chrome accents on the instrument binnacle, air vents and on the upper area of the instrument panel. There's also a glossy black anti-scratch surface on the central fascia panel as well as new chrome trim on the door handles, gear lever and on the temperature control dials.

Moving onto the range-topping cee'd GT, it also benefits from some subtle exterior cosmetic revisions while on the inside it gains a new flat-bottomed steering wheel and an aluminum start/stop button. There's also an electronic sound generator which digitally enhances the engine's soundtrack after the driver hits the GT Mode button mounted on the steering wheel.

The four-cylinder, 1.6-liter gasoline engine with 204 PS & 265 Nm now comes with a new turbocharger with has increased air pressure to enhance low-end torque and engine response. The 0-62 mph (0-100 km/h) sprint time has been reduced by 0.1s to 7.6 seconds and Kia also promises better in-gear acceleration.

The revised cee'd range will go on sale in Europe next month.