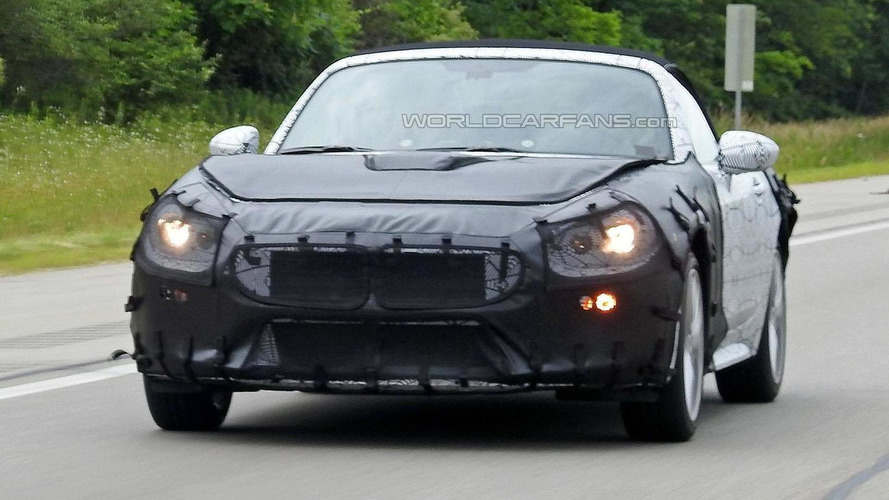 The Fiat 124 Spider has been spied undergoing testing in Metro Detroit.

The Fiat 124 Spider has been spied undergoing testing in Metro Detroit.

Based on the Mazda MX-5, the Fiat 124 Spider features a revised front bumper and larger headlights.  Moving further back, we can see modified side skirts, a dual exhaust system and a heavily camouflaged rear end which likely hides some additional changes.

Engine options remain unconfirmed but the model is expected to be powered by a turbocharged 1.4-liter four-cylinder engine that produces at least 140 PS (103 kW).  It will reportedly be connected to a six-speed manual transmission but a six-speed automatic should be optional.

The Fiat 124 Spider will reportedly debut at the Los Angeles Auto Show later this year, so expect to learn more in the coming months.