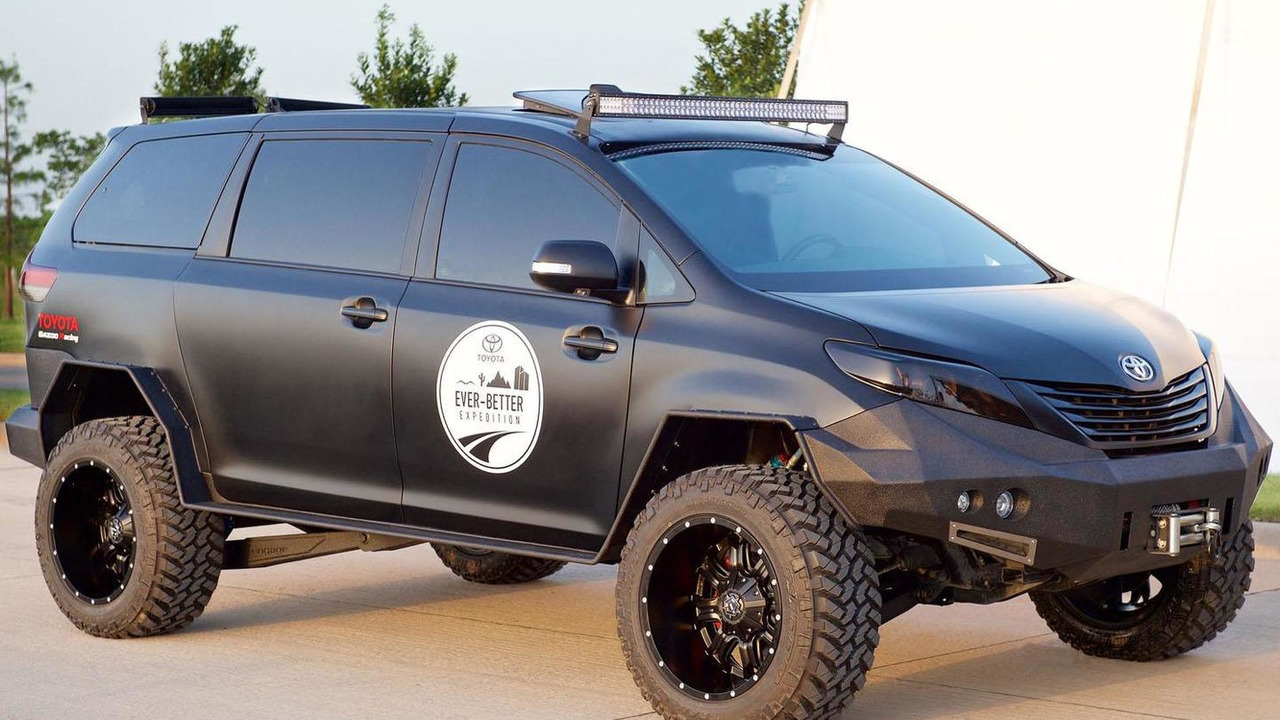 Toyota has unveiled the one-off Ultimate Utility Vehicle, ahead of its debut at the SEMA Motor Show later this year.

Toyota has unveiled their one-off Ultimate Utility Vehicle, ahead of its debut at the SEMA Motor Show later this year.

Based on the Tacoma, the off-road inspired model has a custom-made Sienna body as well as a rugged front bumper with a winch.  The 'truckan' also has tinted headlights, a matte black paint job and custom fender flares.  Other highlights include off-road tires and auxiliary lights.

The model will take part in the Ever-Better Expedition which will send teams of Toyota engineers across the country so they can "... get out from behind their desks and experience in the real world the vehicles they design, engineer, manufacture and sell."

Besides unveiling the Ultimate Utility Vehicle, Toyota released the first renderings of their new North American headquarters that will be built in Plano, Texas.  The headquarters will consist of seven building that are up to five stories tall and feature glass facades as well as generous roof overhangs along the southern exposures.