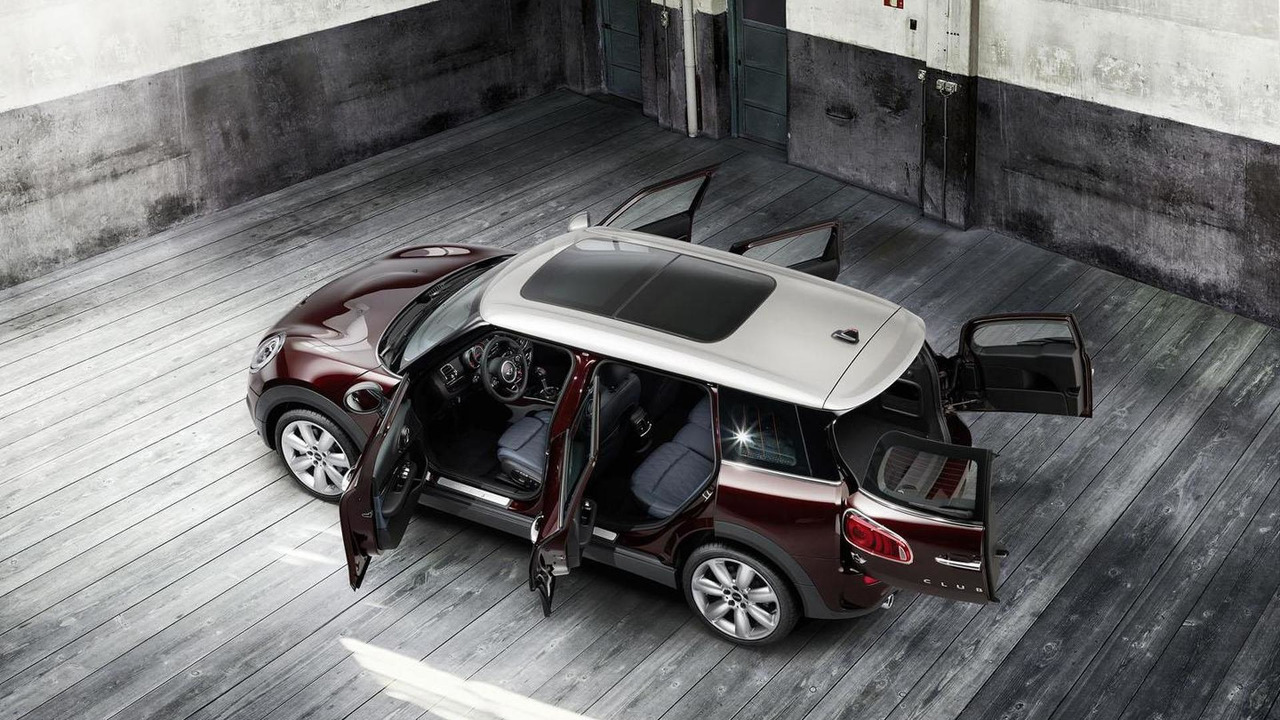 Previewed by the Clubman concept, the production model has a familiar design with four traditional doors and a split-opening tailgate.  The model is also larger than its predecessor as it is 27cm longer, 9cm wider and rides on a wheelbase that spans an additional 10cm.  This creates a more accommodating cabin with a larger cargo compartment which holds up to 1250 liters (44.1 cubic feet) of luggage when the rear seats are folded down.