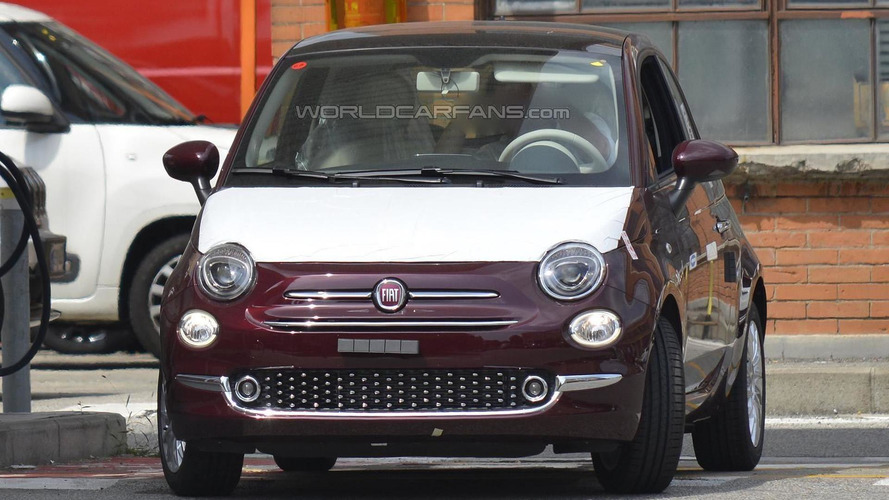 The 2016 Fiat 500 facelift has been spied without any camo ahead of a July 4 official launch.

The 2016 Fiat 500 facelift has been spied without any camo ahead of a July 4 official launch.

One of those few cars for which elaborating a facelift is a bit tricky due to the model's retro-flavored design, the refreshed Fiat 500 can be seen in all of its glory in these latest spy shots depicting a pre-production car carrying some white protective film. Changes start at the front where the headlights come with darker graphics in the same vein as those on the 500X while the redesigned bumper has received the chrome treatment and the fog lights are now housed within the lower grille.

It's the same story at the back where the taillights have a new look with a darkened center while the bumper has gained a rather thick chrome strip mounted low. We don't have pics with the interior cabin in this set, but in some of the images you will notice the car features a 5-inch Uconnect infotainment system which will be available on the upper-spec models.

Fiat has previously announced the facelifted 500 will be shown on July 4 and should go on sale sometime this fall. It's not known at this point for how long the FCA-owned company will sell the cute city car which has been on the market since 2007.