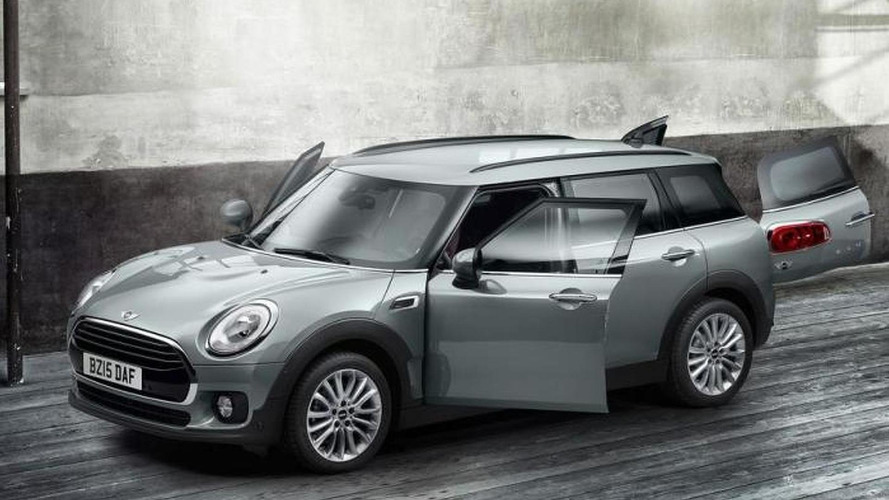 Set to become the company's largest model ever, the new Clubman now has four side doors along with the two rear barn doors bringing the total to no less than six. The design is not surprising at all taking into account MINI revealed a near-production concept more than a year ago and as you can see the production model is virtually identical.

Technical specifications are not available at this point, but chances are the car has roughly the same size as the concept so it will likely be 4223 mm long, 1844 mm wide and 1450 mm tall. Compared to the old model, the new Clubman is a whopping 260 mm longer, 161 mm wider and 24 mm taller. It uses the same engines as the other recent MINIs and in some of the pics you can also see the Clubman S which will have a 2.0-liter turbo with 192 PS (141 kW) and 280 Nm (300 Nm with overboost).

A full reveal is imminent so check back for further details.