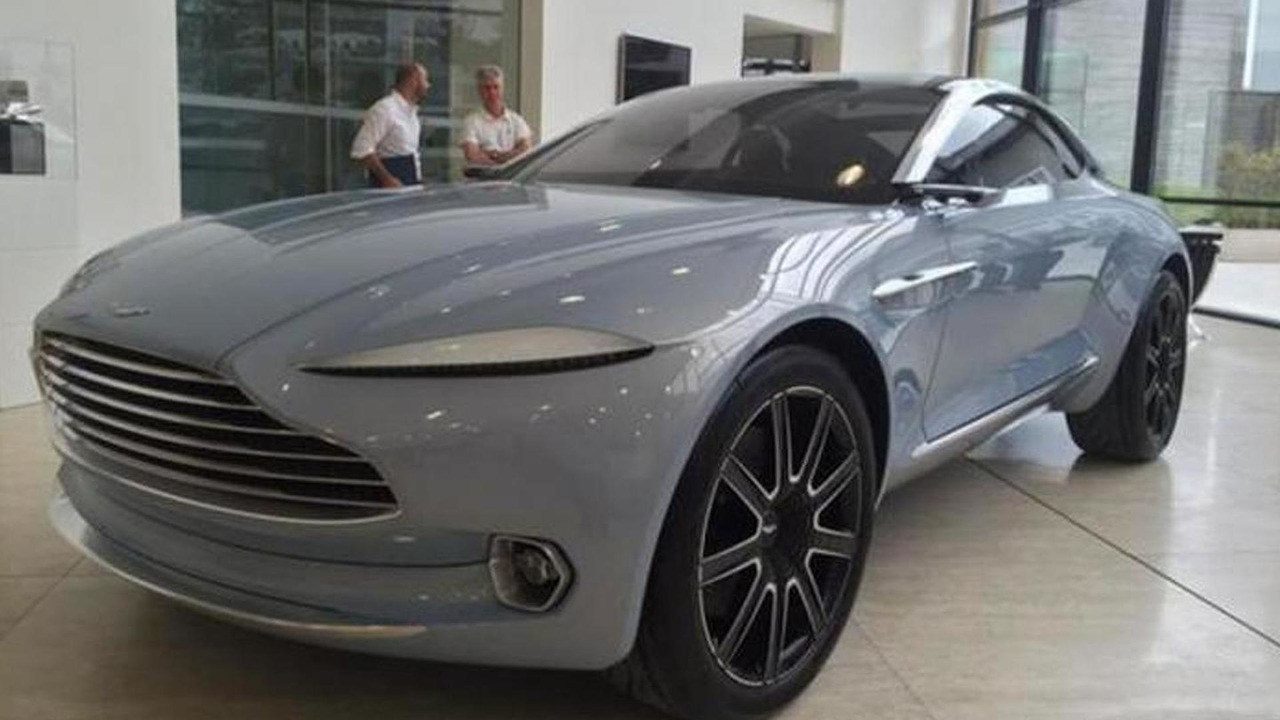 This isn't a brand new color as Aston Martin has been offering Mako Blue ("Blue Lightning") for several years after it originally debuted on the 2008 V12 Vantage RS concept. The lighter hue allows us to take a better look at the concept's design which is being billed by the British marque as a "luxury GT crossover." It has already been confirmed for production as part of a £200 ($306 / €273) million capital investment increase and will likely be produced in Alabama, United States as Andy Palmer says this location is the "obvious choice."

Expected to come out in 2019, the Aston Martin DBX will gain rear doors and is unlikely to be based on the Mercedes-Benz GLS. Instead, it will use an adaptation of the company's upcoming brand new sportscar platform which will debut on the DB9 successor next year. AM has previously confirmed they want to attract more women buyers with the DBX (name not final) which aims to be a safe premium vehicle providing "flexibility and room for children."