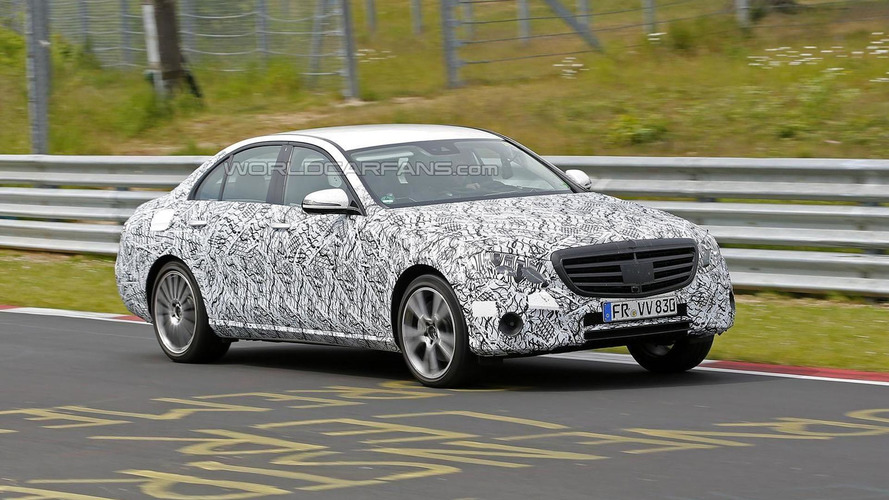 Expected to be introduced early next year, the redesigned sedan eschews the angular styling of the current model and adopts a more curvaceous design that closely echoes the C- and S-Class.  The styling similarities won't please everyone but the model will undoubtedly be attractive judging by its brethren.

Mercedes hasn't had much to say about the next-generation E-Class but it is expected to ride on the MRA platform and weigh 70 - 150 kg (154 - 330 lbs) less than its predecessor.

Engine options also remain unconfirmed but choices are rumored to include a 1.6-liter four-cylinder diesel with 122 bhp (91 kW) and a twin-turbo 2.9-liter inline six-cylinder diesel with 313 bhp (233 kW).  We can also expect an assortment of other six- and eight-cylinder engines including a few that will likely be familiar.