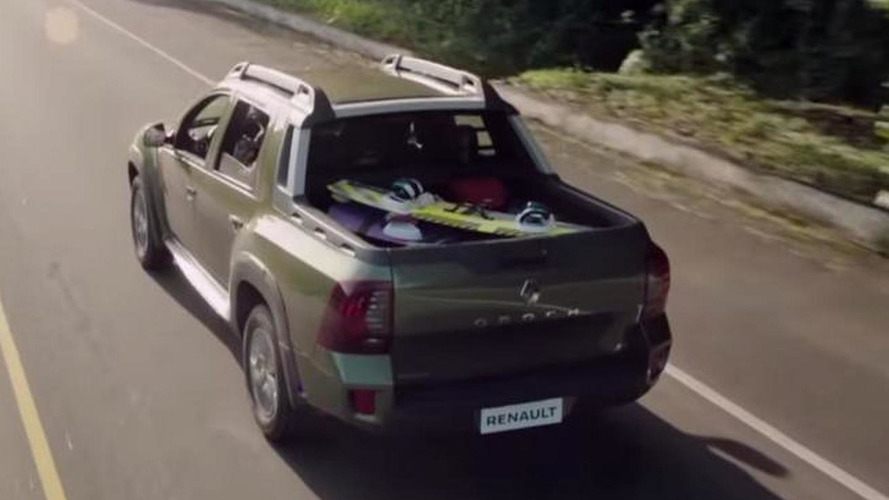 Renault took its sweet time coming out with a pickup version of the Duster SUV, but it's finally here although it is not known at this point whether they plan on selling it outside South America. The production car was previewed in October last year by a namesake concept wearing the Dacia badge and as you can see the transition has brought some expected styling changes to make the model look more like its SUV counterpart.

The front fascia is instantly recognizable, but obviously what happens after the C pillar is entirely different as the Duster Oroch hosts a relatively short bed and larger taillights. Renault hasn't specified the bed's dimensions but we heard it's 1.35 meters long and has a 650 kg load capacity.

As for the interior cabin, this has been carried over from the regular Duster so it's capable of hosting up to five people and features the Media Nav Evolution infotainment system with a 7-inch touchscreen display. The full black theme has been combined with some silver accents, a piano black finish on a few of the surfaces and there's leather upholstery for the more expensive versions.

Renault says it will offer the Duster Oroch with 1.6 and 2.0 four-cylinder engines which in the SUV develop 115 bhp (86 kW) and 148 bhp (110 kW), respectively. Front-wheel drive will be standard, but those willing to pay more will have the possibility of upgrading to a 4x4 setup linked to the beefier engine.