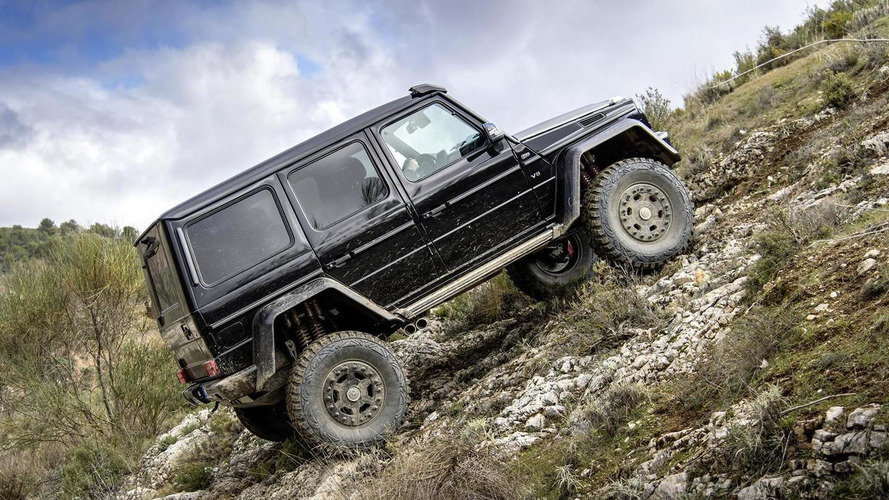 Originally unveiled as a concept back in March at the Geneva Motor Show, the G500 4x4² is now a production model featuring an adapted permanent AWD system with portal axles sourced from the insane G63 6x6 which isn't mentioned in the price list anymore so most likely the six-wheeled €456,900 G-Class has been phased out.

Its four-wheel sibling is powered by a Euro 6-compliant bi-turbo 4.0-liter V8 engine developing 422 PS (310 kW) and a massive 610 Nm (450 lb-ft). All that power is channeled to a set of large 22-inch alloy wheels wrapped around in 325/55 R22 tires and Mercedes-Benz says the G500 4x4² with its off-road reduction in the transfer case and three lockable differentials allow the model to start its off-road adventure "where other vehicles give up."