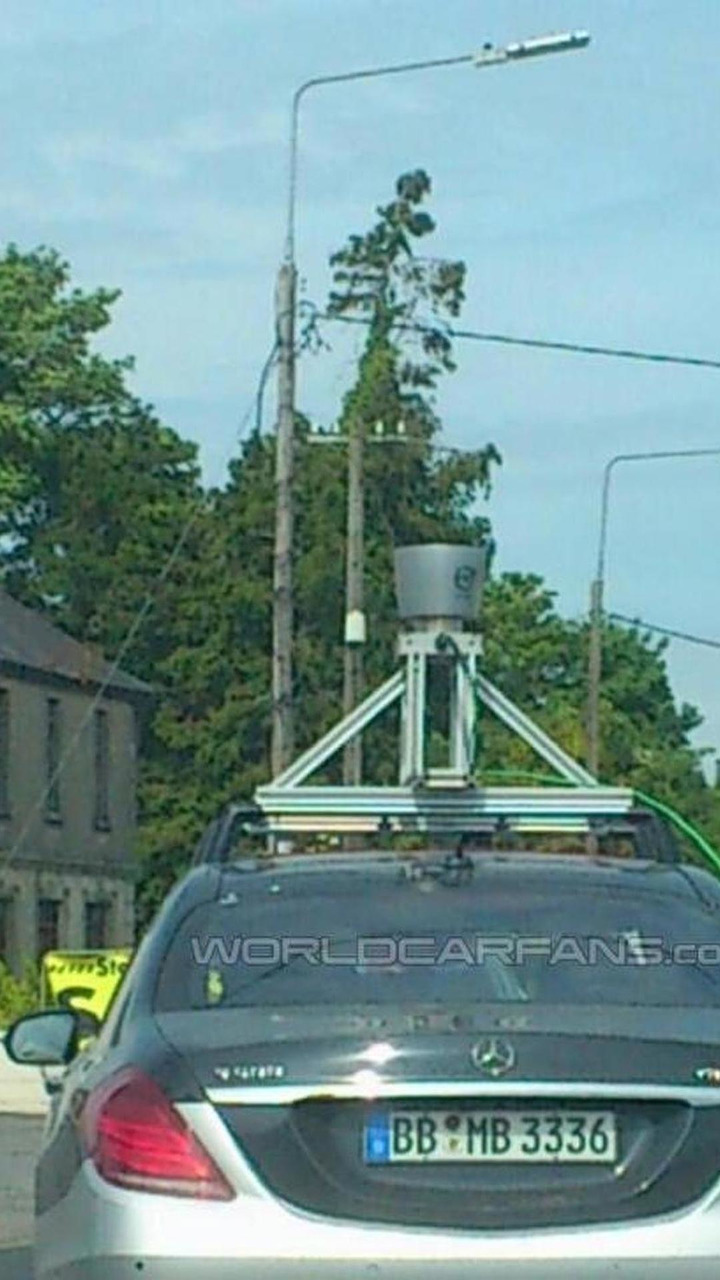 Another Mercedes-Benz S-Class has been spotted on public roads with a LIDAR on its roof.

Another Mercedes-Benz S-Class has been spotted on public roads with a LIDAR on its roof.

At the beginning of the year we received an image from a WCF reader with an S-Class equipped with a Light Detection and Ranging (LIDAR) sensor being driven in western Ireland. Now, the same user has seen another one in the same area and this one too had German plates. These cars could be a sign that Mercedes-Benz is hard at work perfecting its autonomous driving technology which they describe as being "imminent" so it could debut as early as next year on the all-new E-Class.

The advanced technology has already been previewed through the Highway Pilot system demonstrated in the Future Truck 2025 concept last year. We should expect the new E to drive itself up to a certain speed on highways and even perform maneuvers such as changing lanes, overtaking and braking. There are also some rumors indicating E-Class W213 owners will be able stand outside and command the car to park on its own without any human assistance.

Special thanks go to Darren for sending us the image!